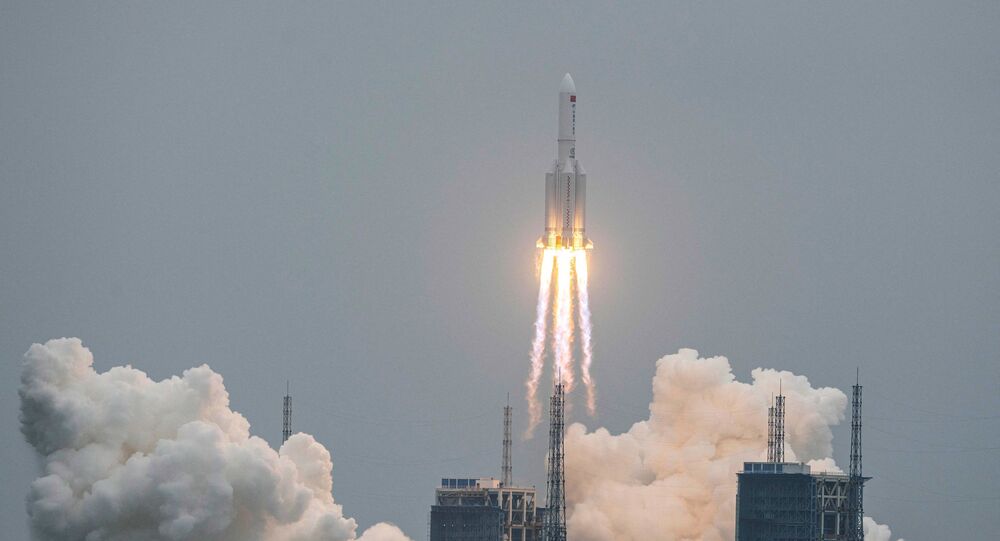 On 29 April, China launched the Long March 5B carrier rocket with the main module for its future orbital station. The US Air Force said earlier that it expected the core of the rocket to crash down in the Pacific Ocean by the end of the week.

The United States hopes that the Chinese rocket, which is performing an uncontrolled deorbiting, will fall in a safe place and does not plan to shoot it down, Pentagon Chief Lloyd Austin said.

"We don’t have a plan to shoot the rocket down. We’re hopeful that it will land in a place where it won’t harm anyone, hopefully in the ocean or somewhere like that," Austin said.

He said that the experts are working out the timing and the likely place of the fall of the rocket stage. Austin added that the United States has the ability to shoot down debris flying to Earth, even though there are no such plans at the moment.

The core stage of the CZ-5B spacecraft is expected to re-enter the Earth's atmosphere between 01:11 GMT on 8 May 8 and 19:11 GMT on 9 May, over the southern part of the Pacific Ocean not far from New Zealand, according to reports.

China launched the Long March 5B carrier rocket with the main module for its future orbital station at the end of April. Tianhe will be the control hub for the Tiangong ("Heavenly Palace") orbital station. The Guardian previously cited an astrophysicist at the Astrophysics Centre at Harvard University as saying that the rocket parts could potentially land on an inhabited area ranging from as far north as New York, Madrid, and Beijing and as far south as Chile and New Zealand. The scientist, however, similarly expected the rocket parts to fall into the sea, given that most of our planet is covered by oceans.

China expects to finish assembling its first space station in lower Earth orbit by 2022. Beijing has planned several missions, both cargo ship and crewed ones, across 2021 and 2022 to complete the complex and plans to officially launch the space station in 2023.