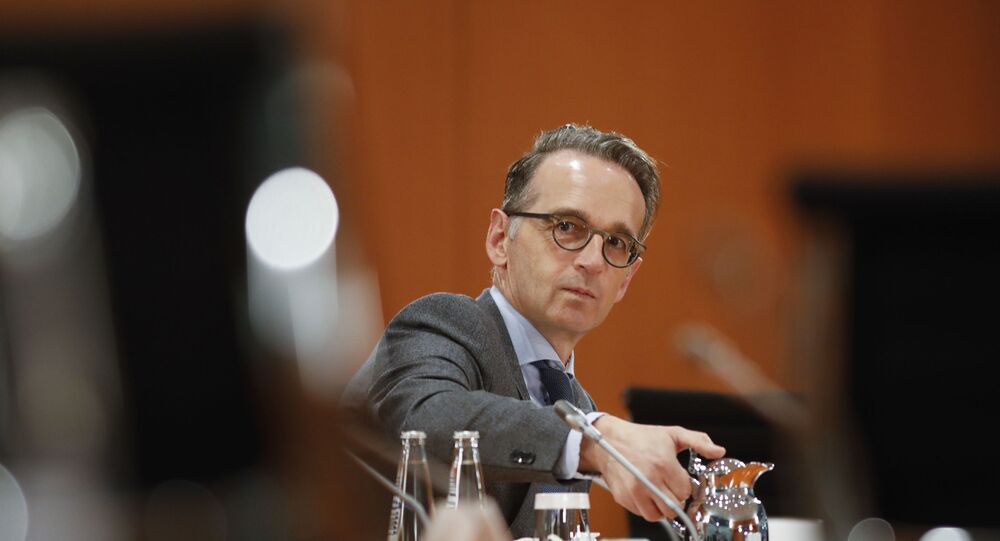 BERLIN (Sputnik) - German Foreign Minister Heiko Maas on Thursday urged the participants of the Libyan peace process to stay within the 2020 Berlin summit framework and fulfill their commitments, noting that the situation in the country remains precarious.

"We have to see that the development [in Libya] is still fragile. That is why we want all countries to continue to follow the commitments embraced at the Berlin conference on Libya. All foreign forces and troops must be withdrawn, necessary conditions must be created for the election, in order to clear a path to peaceful and most of all unified Libya," Maas said at a briefing in Berlin with his Turkish counterpart Mevlut Cavusoglu.

In January 2020, an international conference took place in Berlin, with the participation of Russia, the United States, the European Union, Turkey and Egypt, to settle the armed conflict between political factions. The parties agreed to a ceasefire and the noninvolvement of third parties in the conflict.

The civil war between rival Libyan political factions had lasted for almost a decade before they managed to negotiate a ceasefire under the auspices of the United Nations in Geneva last October. In early February, the Swiss-hosted round of intra-Libyan talks led to the election of the interim Government of National Unity that will be in charge until the general election, scheduled for 24 December.