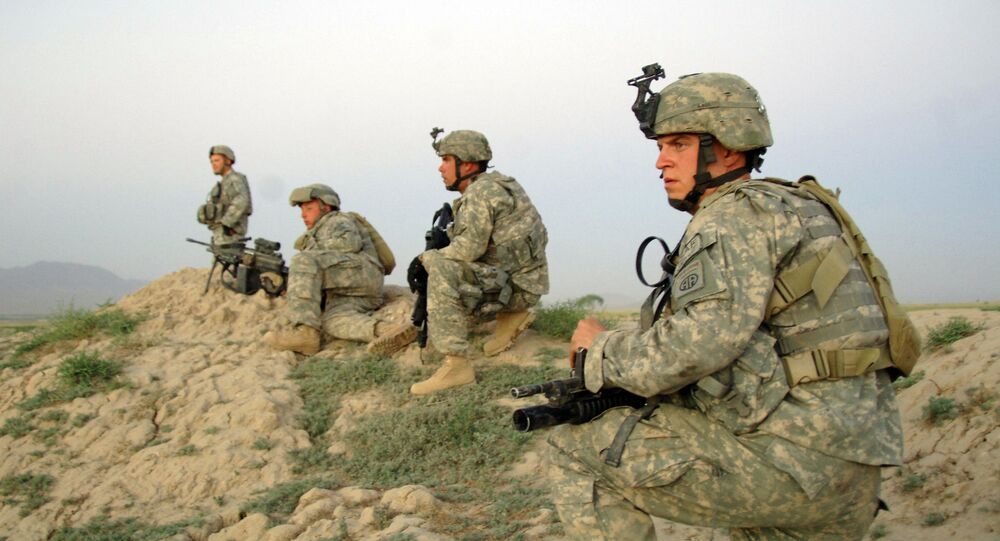 Small Attacks in Afghanistan Have No Significant Impact on US Troop Drawdown, Pentagon Says

WASHINGTON (Sputnik) - The Taliban* have conducted small, harassing attacks in Afghanistan that have not had a significant impact on the drawdown of American troops in the country, Pentagon Press Secretary John Kirby said on Monday.

"What we've seen are some small, harassing attacks over the course of the weekend that have not had any significant impact, certainly not on our people or our resources there and bases," Kirby said in a press briefing when asked if there is concern over an increase of Taliban attacks in Afghanistan. "We've seen nothing thus far that has affected the drawdown or had any significant impact on the mission at hand in Afghanistan."

US and NATO ground forces began to withdraw from Afghanistan on May 1.

The US military has neither the need nor the appetite to set up a deconfliction communication channel with Iran’s Islamic Revolutionary Guard Corps (IRGC), despite recent tensions with its vessels in the Persian Gulf, Pentagon spokesman John Kirby told reporters on Monday.

"I don’t believe that there's a need [...] no appetite for any sort of of operational or strategic communication between us and the IRGC. We have diplomatic channels that we work through appropriately to communicate our displeasure to Tehran," Kirby said during a briefing.

Kirby has also claimed that IRGC boats have swarmed US ships in the Persian Gulf in recent weeks and in one instance a US vessel fired warning shots to fend off what it claimed were harassing activities.

Kirby said that both sides had the ability to communicate throughout those incidents by bridge-to-bridge radio.

"There were radio communications throughout those incidents with those IRGC boats and commanders on those boats repeatedly warning them about what they were doing. So you don’t need a hot line with the IRGC to communicate and you can do it in real time," he said.

The incidents did not turn violent, but they were "unnecessary, unsafe and certainly unprofessional," Kirby added.

Kirby said the US Defense Department is still working on details of what the bilateral security relationship with the Afghan government will look like once US forces completely withdraw from the country, but it will be financial in nature.

The Taliban have accused the United States of violating the 2020 Doha agreement, according to which the US was set to withdraw its forces by May 1, and threatened to abandon inter-Afghan peace talks until all foreign troops are withdrawn from Afghanistan. The movement also issued a warning that the non-aggression clause against US forces will become null starting May 1.

US Special Representative for Afghanistan Zalmay Khalilzad arrived in Kabul earlier on Monday to hold meetings with Afghan President Ashraf Ghani and Afghan High Council for National Reconciliation head Abdullah Abdullah, among others.

US Troop Pullout to Help Stability in Afghanistan, Ex-Diplomat Says