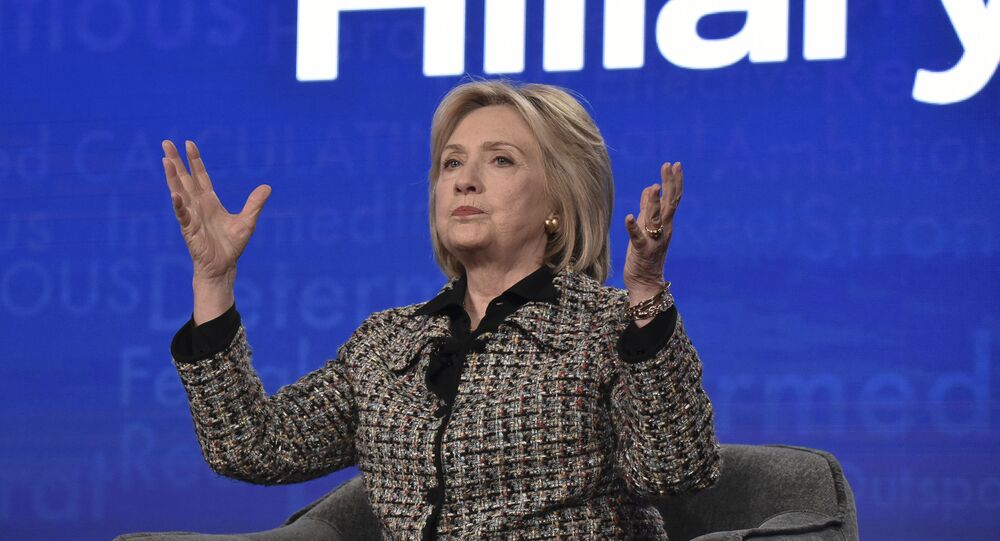 In April, President Joe Biden announced plans to fully withdraw American troops from Afghanistan by 11 September, the 20th anniversary of the 9/11 attacks, despite the 2020 US-Taliban peace deal having set 1 May 2021 as the deadline for the pullout.

Former Secretary of State Hillary Clinton has warned of serious repercussions from President Joe Biden's push for US forces full exit from Afghanistan.

In an interview with CNN on Sunday, the ex-Democratic presidential hopeful described Biden's move as "a very difficult decision" and "a wicked problem".

She argued that the US should brace itself for "two huge consequences at some point in the not-too-distant future", including the possible collapse of the Afghan government and "a takeover of Afghanistan by the Taliban, probably with a resumption of civil war in certain parts of the country".

"There will also be, I fear, a huge refugee outflow. And of course the second big set of problems revolves around a resumption of activities by global terrorist groups, most particularly al-Qaeda* and the Islamic State [Daesh*]. It's one thing to pull out troops that have been supporting security in Afghanistan, supporting the Afghan military, leaving it pretty much to fend for itself, but we can't afford to walk away from the consequences of that decision", Clinton concluded.

She spoke as Secretary of State Antony Blinken stated that there would still be a US presence in Afghanistan after the pullout of American forces is completed. He pointed out that the US Embassy will remain in Afghanistan and the US will continue providing economic, humanitarian, and developmental support in the country.

When asked whether the Taliban could end up taking over in Afghanistan, Blinken said the US has "to be prepared for every scenario and there are a range of them".

The remarks came after Austin Scott Miller, commander of the Resolute Support Mission in Afghanistan, told reporters that the US and NATO had begun withdrawing their troops from a number of bases in Afghanistan, and that the military will eventually hand over all their bases to Afghan forces.

NATO Secretary General Jens Stoltenberg previously revealed the alliance's plans to start withdrawing troops from Afghanistan by 1 May, adding that NATO intends to complete the withdrawal within several months.

Last month, US President Joe Biden vowed to fully withdraw American troops from the South Asian country by 11 September, on the 20th anniversary of the 9/11 attacks.

© REUTERS / KEVIN LAMARQUE
Kamala Harris Hints She Played Key Role in Convincing Biden to Pull Troops Out of Afghanistan
Under a 2020 US-Taliban agreement, signed in Doha by then-President Donald Trump, the US withdrawal from Afghanistan, in exchange for the Taliban's commitment not to host terrorist forces in the country that could threaten US national security, was supposed to be effectuated on 1 May.

However, the Biden administration admitted that adhering to the original deadline could be "tough".

Despite the launch of peace talks between the movement and Kabul in Doha, Qatar, last September, sporadic clashes between Taliban insurgents and the Afghan military still continue to rock Afghanistan.

*al-Qaeda, Daesh (ISIS/ISIL/Islamic State), terrorists groups banned in Russia and a number of other countries

Uncertain Future for Afghanistan as US Starts Pulling Troops After Decades of Struggle, Experts Say