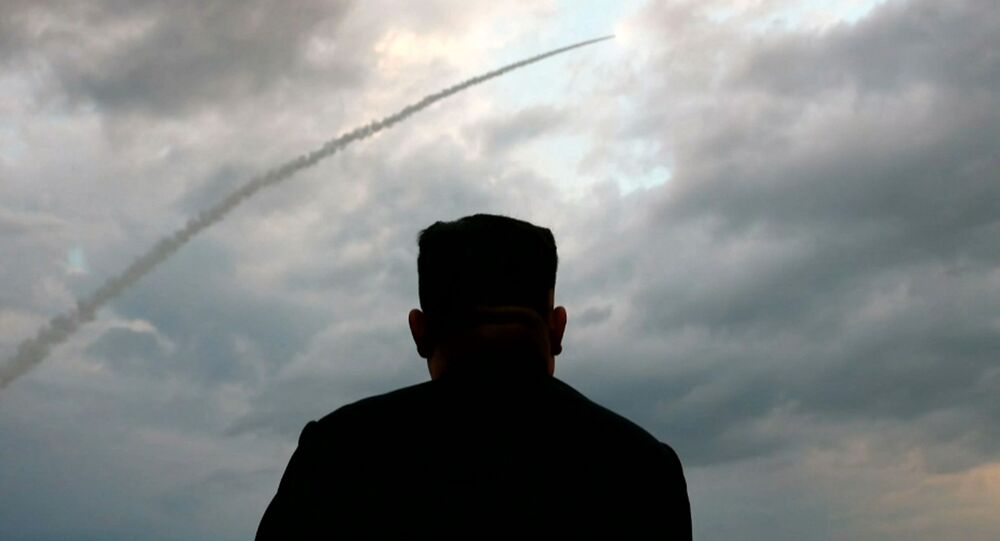 WASHINGTON (Sputnik) - The United States has finished its policy review on North Korea and its approach will not focus on achieving a grand bargain with Pyongyang, White House Press Secretary Jen Psaki told reporters on Friday.

"I can confirm that we have completed our DPRK policy review, which was thorough, rigorous and inclusive," Psaki said, noting that they consulted closely with outside experts and predecessors from several previous administrations.

"Our policy will not focus on achieving a grand bargain nor will it rely on strategic patience," the spokesperson stressed.

Psaki also said the United States has been in close touch with allies and partners through the process of the review.

"We have and will continue to consult with the Republic of Korea, Japan and other allies and partners at every step along the way," she said.

The Washington Post reported that the Biden administration will be pursuing a new approach to negotiating with North Korea about the dismantling of that country's nuclear and ballistic missile programs in exchange for removal of sanctions.

The Biden administration is not seeking a grand bargain or an all-or-nothing approach but has settled on a calibrated and practical approach to diplomacy with North Korea with the goal of eliminating the threat to the United States, the report quoted a senior administration official as saying on Thursday.

Escalating tensions between the United States and China could threaten their role in forging a successful agreement, but the Biden administration seeks to continue cooperating with Beijing to enforce sanctions and keep diplomatic channels open.

Earlier this month, reports from the US intelligence community indicated that North Korea may resume testing of its nuclear and missile technology in an attempt to reshape the region’s security environment.

In late March, North Korea confirmed that it tested new tactical guided missiles, considering this an implementation of the sovereign state's right to self-defense.

The dialogue between Washington and Pyongyang has stalled since the failed February 2019 summit in Hanoi, during which the United States demanded more decisive steps from North Korea to give up its nuclear weapons and Pyongyang accused Washington of not responding to the steps already taken. The 2019 October talks in Sweden failed to break the deadlock.

The inter-Korean dialogue is also at a low point following North Korea's decision to cut all lines of communication with Seoul last June.