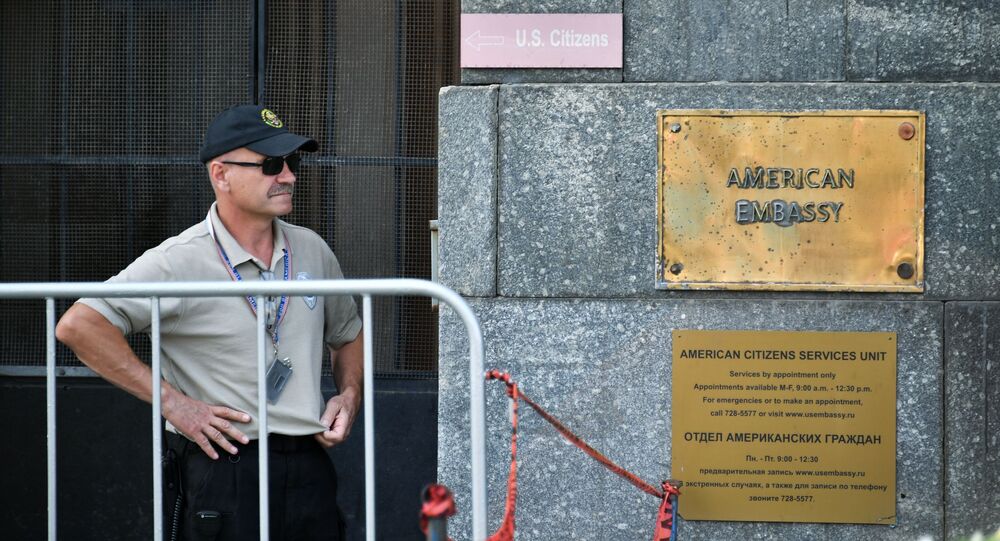 Nothing Prevents US From Increasing Staffing of Its Embassy to Russia, Moscow Says

MOSCOW (Sputnik) - Nothing prevents the United States from increasing staffing of its embassy to Russia and resuming usual consular work, the Russian Foreign Ministry said, adding that the embassy can hire 175 US citizens according to its quota.

Starting May 12, the US embassy will only provide consular services to US citizens in emergency situations and will also cease non-immigrant visa processing for non-diplomatic travel. The diplomatic mission has expressed regret over the fact that it was forced to reduce the consular workforce by 75 percent because of "actions of the Russian government."

"In the context of the retaliatory measures taken by the Russian side aimed at ensuring parity in the conditions of the functioning of the diplomatic missions of the two countries, nothing prevents Washington from increasing the staffing of its embassy in Moscow," the ministry said in its Telegram channel.

The ministry said that 280 accredited employees will remain in the US embassy "without 400 locally recruited" Russian citizens, while its quote is 455, thus, it is not an issue "to resume the usual consular work."

© AP Photo / Alexander Zemlianichenko
US Embassy in Russia Announces Significant Reduction of Consular Services
The Russian Foreign Ministry also said that the US embassy's decision to stop processing applications for non-immigrant visas shows the archaism of US diplomatic services.

"At first glance, the decision announced by the US Embassy to restrict the provision of consular services in Russia from May 12 of this year looks like a manifestation of the archaic and ineffective American consular and diplomatic services. They used forced reduction of local staff as the reason. It would be easier to say that we can not and we don’t want to work," the ministry said.

According to the ministry, Russian consulates in the US issue visas in the same time frame as before — under 10 days — even with reduced staff.

"The American complaints that the new reality, which does not imply the hiring of ‘assistants’ to carry out official duties, allegedly came as a surprise to Washington sound silly. After the illegal seizure of Russian diplomatic property, the massive expulsions of our diplomats from the United States, as well as other large and small dirty tricks, to which we have always reacted with restraint, warning of the consequences, it is strange to hear American accusations against us of ‘deliberate escalation,’ the ministry said.