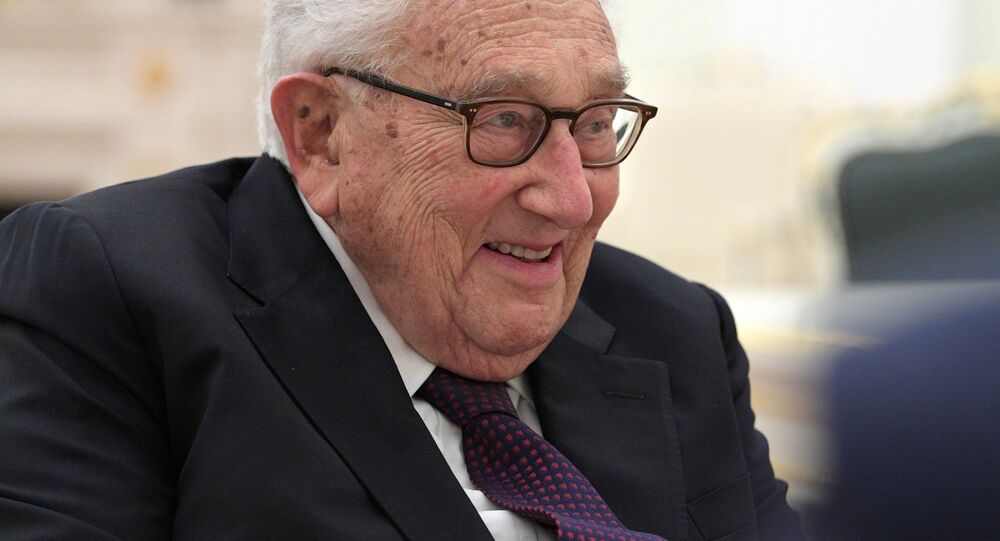 The former top diplomat's comments come amid fierce competition between two global superpowers, which is expected to lead to further tensions amid the tech race. He served as National Security Advisor and Secretary of State for the Nixon administration during the Vietnam War, and paved the way for China and the US to build diplomatic ties in 1979.

China and the United States must not spark a major tech race in artificial intelligence (AI), former US secretary of state Henry Kissinger warned in an interview with Die Welt this week, the South China Morning Post reported on Friday.

"It is fascinating not only economically, but also philosophically, because it will change the nature of human thinking about reality, which will affect all of us," Kissinger said in the interview, commenting on his interest in studying AI.

He said the US needed to maintain a "high level of performance in AI", adding people should not assume China would dominate in the sector.

“While both sides may have the theoretical capability of winning, neither side chooses to exercise it – they should limit it by some kind of understanding. Strive for it, because the alternative of an all-out conflict strains the imagination. The United States must always have an adequate defence. But in the hi-tech world, it must also work for coexistence,” he said.

He said that public opinion believed China was "an inherent enemy" and the US should confront Beijing, but added such efforts would face "maximum" resistance from Beijing.

“The big issue to look upon is not just to prevent Chinese hegemony, but to understand that if we achieve that objective – which we must – the need to coexist with a country of that magnitude remains,” he said.

Kissinger also called for stronger ties between the US and Europe but warned differences between the two would "reduce Europe to an appendage of Eurasia".

He said both sides did not have to "agree on every economic policy" but should have a "common concept" on directing the future of Atlantic regions "historically and strategically".

“If Europe pursues a policy of taking advantage of American-Chinese disagreement, it will make confrontations all the sharper and crises all the more overwhelming. I am not in favour of a crusade against China. But I am in favour of developing a common strategic understanding so that the situation will not be inflamed further by constant manoeuvring for advantage,” he concluded.

The comments come as China's senior envoy Yang Jiechi urged deeper cooperation between the two powers, adding the Chinese people would refuse those seeking to challenge "the Chinese Communist Party or China's political system and leadership".

US president Joe Biden gave a speech this week accusing Beijing of being autocratic and called on lawmakers to approve trillions in funding to allow the US to compete with China.

The Chinese State Council also approved a $1.4tn initiative in May last year to build national tech self-sufficiency and decouple from western key technologies such as semiconductors, AI, 5G and green energy, among others.

The Biden administration has been pushing for a Green New Deal valued over $2tn to build national infrastructure as well as boost semiconductor manufacturing capacity, roll out new energy vehicles, 5G, and other smart technologies.

US lawmakers have also proposed legislation to fund $112bn for scientific and technological research amid the US trade war on China, but has faced delays for roughly two weeks due to hundreds of amendments, reports found.