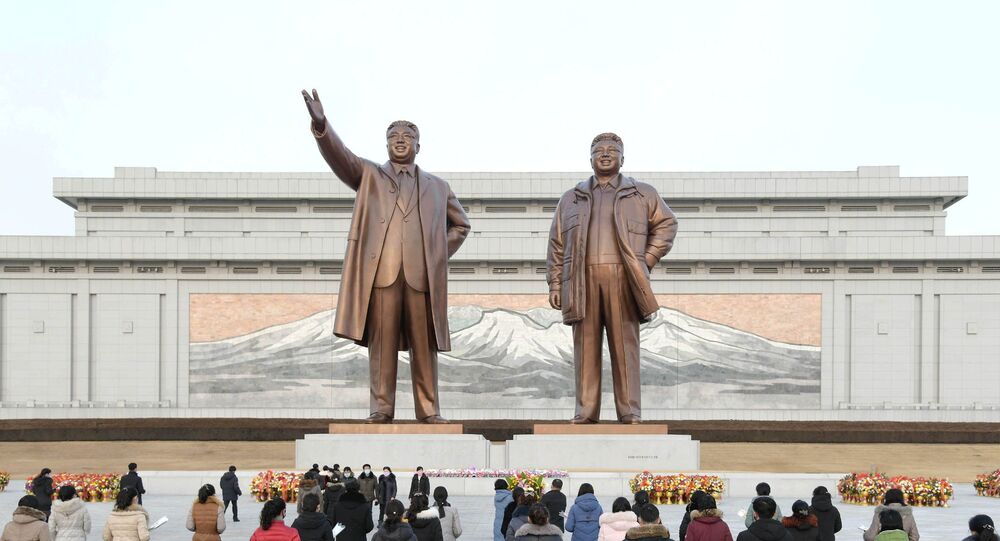 WASHINGTON (Sputnik) - The United States is alarmed by the increasingly severe measures the North Korean government is taking towards its population, State Department spokesperson Ned Price said on Wednesday.

“We are appalled by the increasingly draconian measures the regime has taken, including shoot-to-kill orders at the North Korea-China border, to tighten control of its people under the guise of fighting COVID-19,” Price said in a statement published on the occasion of North Korea Freedom Week.

He went on to say that "the civilized world has no place for such brutality, and the international community must continue to speak out.”

The statement added that the US will continue to raise awareness of North Korea’s human rights situation, investigate abuses and violations, support access to independent information for the North Korean people, and work with the United Nations and like-minded allies to promote accountability for the Kim regime.

© AP Photo / Andrew Harnik
Biden Discusses With Japan Prime Minister Challenges Posed By China, North Korea
The UN Office of the High Commissioner for Human Rights (OHCHR) said in a report in February that there were reasonable grounds to conclude that torture and forced labor continued to take place in North Korea’s prisons and may amount to crimes against humanity.

In 2014, the UN commission of inquiry on human rights in North Korea concluded that crimes against humanity of a "gravity, scale and nature that did not have any parallel in the contemporary world" were committed in North Korea. Seven years later, interviews with people who escaped North Korea provide "reasonable grounds" to believe that the systematic infliction of severe physical and mental pain in the country’s prison system continues, the OHCHR said.