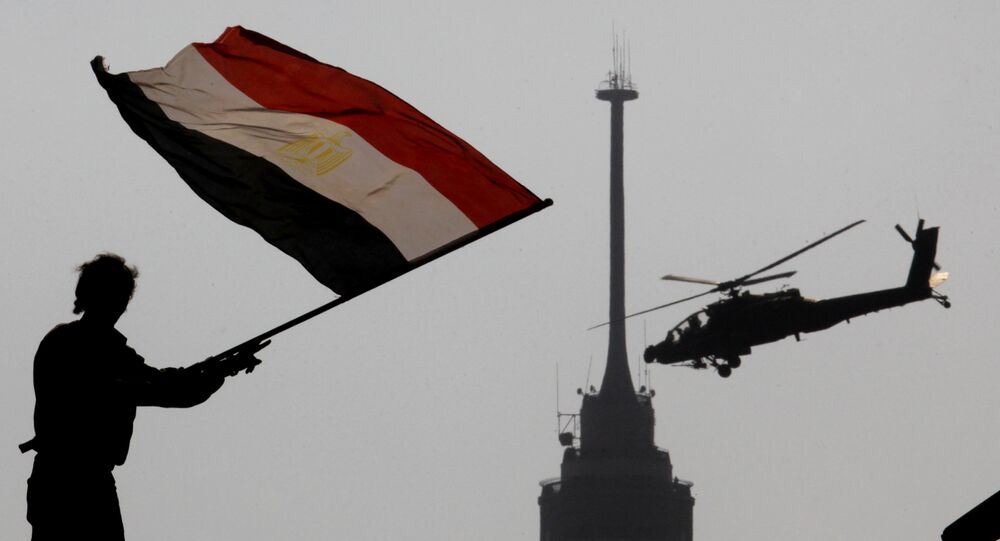 As Ankara Seeks to Reset Ties With Cairo, Will the Page Turn on Turkish-Egyptian Relations?

A former adviser to Egypt's foreign minister says Ankara's decision to take a step towards Cairo is dictated by a desire to reposition itself in the region after its relations with a number of countries soured over the past several years.

A new era in relations between Egypt and Turkey has begun, the Turkish Foreign Ministry announced, teasing a high-profile meeting shortly.

The upcoming meeting is expected to involve deputy ministers and diplomats in Cairo in May. The foreign ministers are also likely to meet if there is a breakthrough, paving the way for a reconciliation between the two countries.

© AFP 2021 / ADEM ALTAN
Turkey, Egypt Restart Diplomatic Ties After Lengthy Hiatus, Foreign Minister Cavusoglu Says
Relations between Cairo and Ankara soured in 2013 after the overthrow of Egypt's then-President Mohammed Morsi, a member of the Muslim Brotherhood movement, which was subsequently outlawed and designated a terrorist group by Cairo.

Shortly after Morsi's ouster, deemed a military coup by Ankara, Egypt and Turkey expelled each other's envoys and downgraded diplomatic relations, as Cairo accused Ankara of interfering in its affairs. The Turkish side, in turn, slammed the Egyptian authorities for a "crackdown" on supporters of the toppled president, yet expressed hope that bilateral relations would "get back on track".

Now, it seems the two sides are finally on a path to mending their frayed ties.

Meeting Up in the Air?

But Hussein Hareedy, a former assistant to Egypt's foreign minister, is sceptical that the aforementioned meeting will indeed take place.

"I am not sure there is a rapprochement. Usually, when there is one, it is the host country that makes statements announcing it will host representatives of another country. Or both states issue a joint declaration. That didn't happen here".

Egypt has so far refrained from confirming or denying the reports of a Turkish delegation visiting Cairo, probably motivated by the desire to keep its Gulf allies, who are critical of Ankara, at peace.

Turkey, on the other hand, is emphasising that the meeting will take place, and Hareedy says the insistence on a visit stems from Ankara's determination to reposition itself in the region.

In recent years, Turkey's relations with its neighbours have seen multiple ups and downs. With Syria, for example, relations deteriorated following Ankara's involvement in the country's civil war.

© AP Photo / Lefteris Pitarakis
Turkey Ready to Negotiate With Egypt on Delimitation of Maritime Zones, Foreign Minister Says
Ties with Greece soured following the decades-long dispute over Cyprus, whereas relations with Egypt and a number of Gulf states have shown cracks as a result of the backing Turkey has given to the Muslim Brotherhood movement outlawed by Cairo and many other states.

Joe Biden's ascent to power hasn't helped Turkey either, believes Hareedy, especially as the new administration in Washington made sure to emphasise that it would scrutinise Ankara's actions in the region, especially when it comes to alleged human rights violations.

The power of President Erdogan is waning, says the ex-diplomat, who also suggested that the Turkish president is now paying a high price for his decision to "open too many fronts" that cost him many of his allies.

"Now he is trying to sound friendly to repair those ties".

The question is whether Cairo will be open to such flirtation. Hareedy is certain his country should be cautious.

"Before Egypt mends ties with Turkey, it should tell Ankara to make up its mind. It is a country that still sees in the events of 2013 a coup d'etat. And unless they change this terminology, relations with Cairo cannot improve".