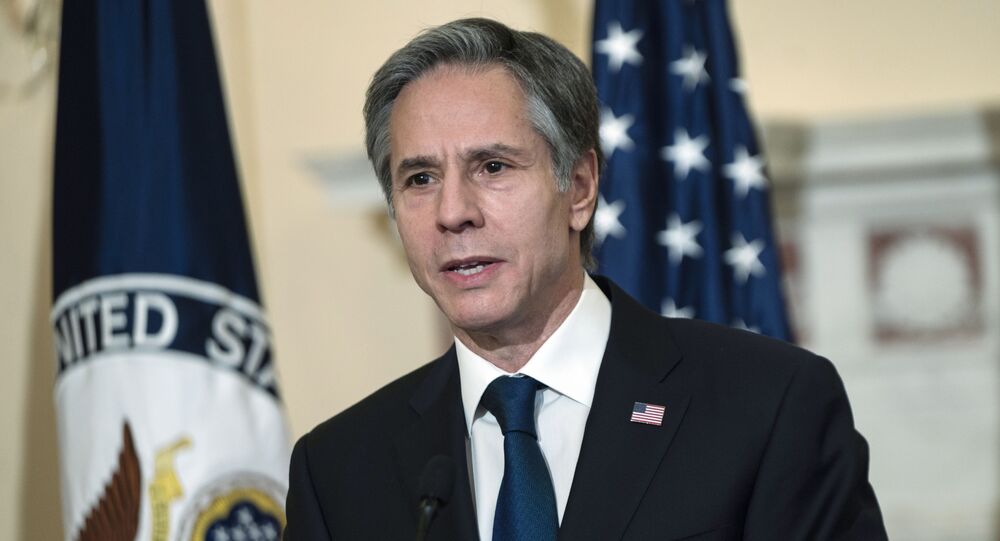 In addition to Biden's possible European summit with Putin, US Secretary of State Antony Blinken is also scheduled to make a trek to Ukraine in May, CNN reported on Monday, citing a Ukrainian government source.

According to the source, negotiations between the United States and Ukraine about Blinken’s visit to Kiev in May are ongoing, while Ukrainian President Volodymyr Zelensky also hopes to have a meeting with President Joe Biden ahead of his summit with Russian President Vladimir Putin.

With respect to the potential Biden-Putin summit, the report said it will take place only after Biden's meetings with the leaders of the G7 and NATO partner states.

"A proper Ukraine strategy needs two parts," he said. "One arm around their shoulder to help them resist aggression from the Kremlin and a foot on their back to get them to fix things at home."

Fried previously served as US ambassador to Poland from 1997 to 2000, and as assistant secretary of state for European and Eurasian Affairs from 2005 to 2009.

He claimed that this two-pronged approach by Washington would ensure "Ukraine is not simply a corrupt state vulnerable to that Russian aggression."

Earlier this month, Blinken met with Ukrainian Foreign Minister Dmytro Kuleba in Brussels, Belgium, and declared that the US "stands firmly behind the sovereignty and the territorial integrity of Ukraine."

US Secretary of Defense Lloyd Austin, who also attended the meeting in Brussels, also pledged to assist the Ukrainian government "with its self-defense needs."

The head of the Pentagon did not explain what material support to Kiev would look like.

These statements came as Russian military personnel were performing snap combat readiness checks in the southern and western military districts of the country. Those drills have since concluded.

Ukraine and the United States have recently voiced concerns over the situation on the border with Russia, including about the alleged Russian military buildup, and urged Moscow to deescalate. Russia said all of its troop movements are aimed at ensuring its national security in response to NATO's buildup near Russia's borders. Russia has also repeatedly said it was not party to the conflict in eastern Ukraine.

"The US and other NATO member states, which seek increasing its presence at Russia's borders, continue provocative activities in the east and in the Black Sea waters," Russian Foreign Ministry spokesperson Maria Zakharova said last week.

Last week, Russian President Vladimir Putin said that if the Ukrainian president wants to restore relations, then Moscow will welcome such a move. The Russian leader also said that he is ready to host his Ukrainian counterpart in Moscow at any convenient time if he wants to discuss bilateral relations, when commenting on Zelenskyy's recent proposal to meet.

At the same time, the Russian leader added that Kiev raising the issue of relocating Donbas talks from Minsk is "an attempt to move away from talking about Donbas issue."