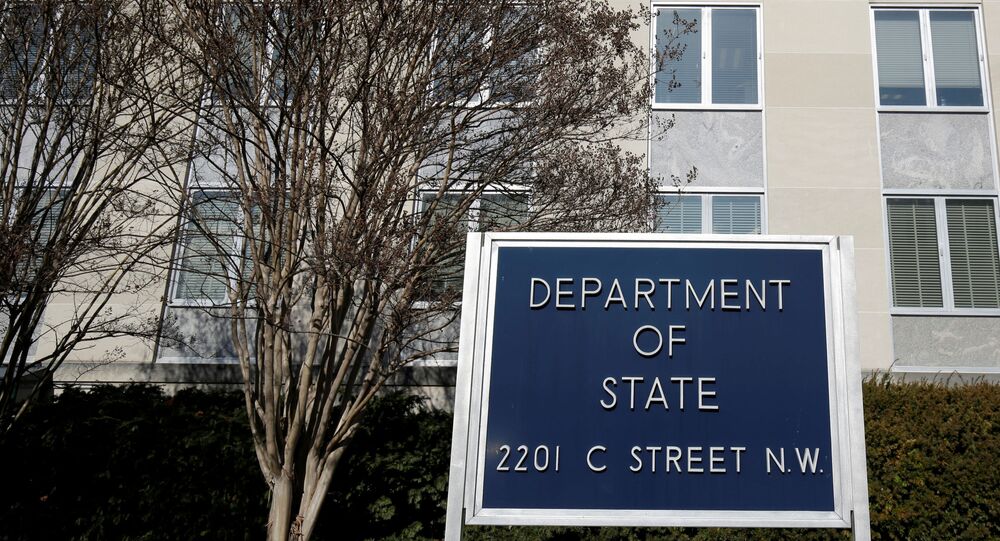 WASHINGTON (Sputnik) - The United States will continue to exploit opportunities to leverage Washington's involvement in the diplomatic process aimed at resolving the Ukrainian conflict, a State Department spokesperson told Sputnik on Monday.

Ukrainian President Volodymyr Zelensky has offered to increase the role of Washington in the process by bringing more participants in the Normandy peace talks including the United States, the United Kingdom, and Canada.

"We continue to support the Minsk agreements as the framework for a diplomatic resolution to the Russia-instigated conflict in eastern Ukraine," the spokesperson said. "In order for this framework to be successful, Russia must implement all of the commitments it signed onto under those agreements and work in good faith to end the conflict in Eastern Ukraine. We will continue to take advantage of opportunities to leverage US engagement on Ukraine-Russia conflict diplomacy, but Russia must end its intransigence."

The Kremlin believes that Zelenskyy’s statement on the necessity to introduce changes to the Minsk agreements is a "worrying signal," spokesman Dmitry Peskov said on Monday.

Peskov also said it is impossible to change the Minsk agreements without putting an end to the accord.

© AP Photo / Alexander Zemlianichenko
Moscow Calls on Kiev, NATO to Refrain From Actions That Could Lead to Further Escalation in Donbass

In an interview with Financial Times, Zelenskyy proposed to rewrite the Minsk agreements and expand the number of participants in the Normandy format negotiations by including the United States.

The Normandy Four group - Russia, France, Germany, and Ukraine - was set up in June 2014 as a mediator of the conflict in southeastern Ukraine, after the regions of Donetsk and Luhansk, known together as Donbas, proclaimed independence following what they considered to be a coup in Kiev in February of that year. In response, Kiev launched an offensive against the self-proclaimed republics of Donetsk and Luhansk.