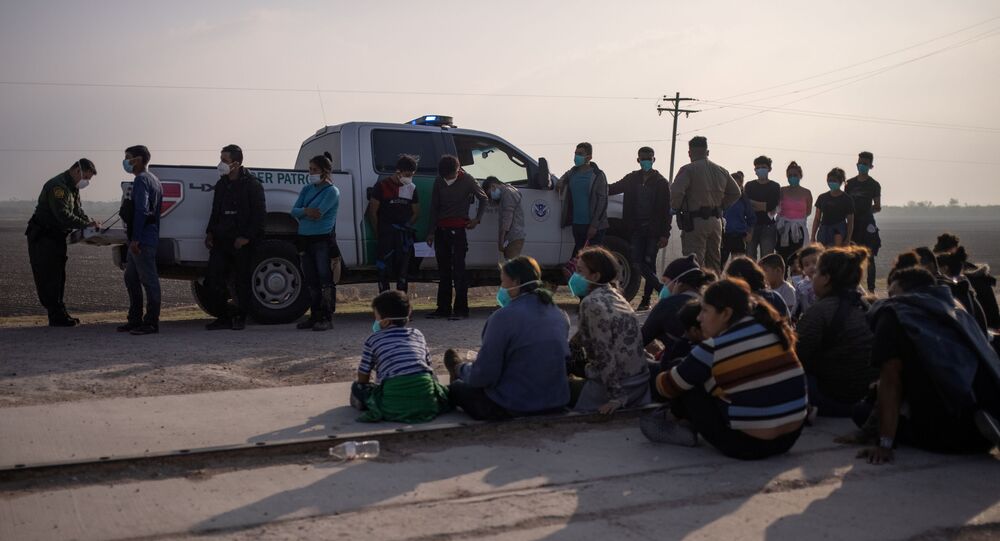 On Saturday, Republican Senator Ted Cruz joined New Hampshire GOP members in lambasting Kamala Harris for failing to visit the nation's southern border, where the situation, according to many, is quickly "spiraling out of control".

Mexican President Andres Manuel Lopez Obrador will sit down with US Vice President Kamala Harris on 7 May for online talks that will focus on migration-related issues, among other things, Foreign Relations Secretary Marcelo Ebrard tweeted on Saturday.

According to Ebrard, the two will discuss Mexico's tree-planting programme. The latter stipulates paying local farmers so that they can plant fruit and timber trees on one million hectares of land in Mexico in the next few years, which may help keep farmers from leaving their country and migrating to the US.

The VP's office did not single out the tree-planting project, saying in a statement that the 7 May meeting will focus on "the common goals of prosperity, good governance, and addressing the root causes of migration".

The announcement comes shortly after an array of protesters in New Hampshire called on the US vice president to tackle migration as she visited the Granite State to promote the Biden administration's hefty infrastructure proposal.

On Friday, demonstrators gathered in the town of Plymouth, urging Harris to visit the US-Mexico border as President Joe Biden's point person to tackle the migration crisis. The protesters brandished signs that read "Mexico —2,254 mi", "Hey Kamala/Stop the illegal invasion/Go visit Mexico", and "Impeach Biden-Harris". Harris was appointed the Biden administration's migration czar in late March, and neither she nor Biden have visited the country's southern border yet.

The New Hampshire Republican Party (NHGOP) later tweeted that "as you [Kamala Harris] travel over 2,300 miles away from El Paso, our country would be better served with an official visit to our southern border, not a campaign trip for [Democratic Senator] Maggie Hassan".

This was echoed by Republican Senator Ted Cruz who also berated Harris for failing to visit the nation's southern border, tweeting that the vice president's "GPS got confused" and that she visited "the wrong border".

The remarks followed recent data showing that encounters with illegal immigrants on the US southern border over the last month skyrocketed by 72 percent, compared to February.

A migrant surge overwhelming US border security agencies previously prompted Washington to open new temporary facilities and allocate resources from other parts of the country. Earlier this month, the Department of Homeland Security's Customs and Border Protection unit confirmed that 300 of its field agents had been reassigned to the southern border.

© REUTERS / ADREES LATIF
‘Fix the Problem You Created’: Biden Slammed for Thanking Migrants for 'Choosing US' in Video Message
Brandon Judd, president of the National Border Patrol Council labour union, for his part, told Fox News last week that security agents had apprehended more than 1,600 migrants during the preceding 24 hours, adding that this is "really getting pretty much at a point they haven't even seen in their 20-year career".

Also last week, President Biden, who reversed the Trump administration's refugee-related policy, referred to the situation on the US southern border as a "crisis" for the first time since he assumed office on 20 January.