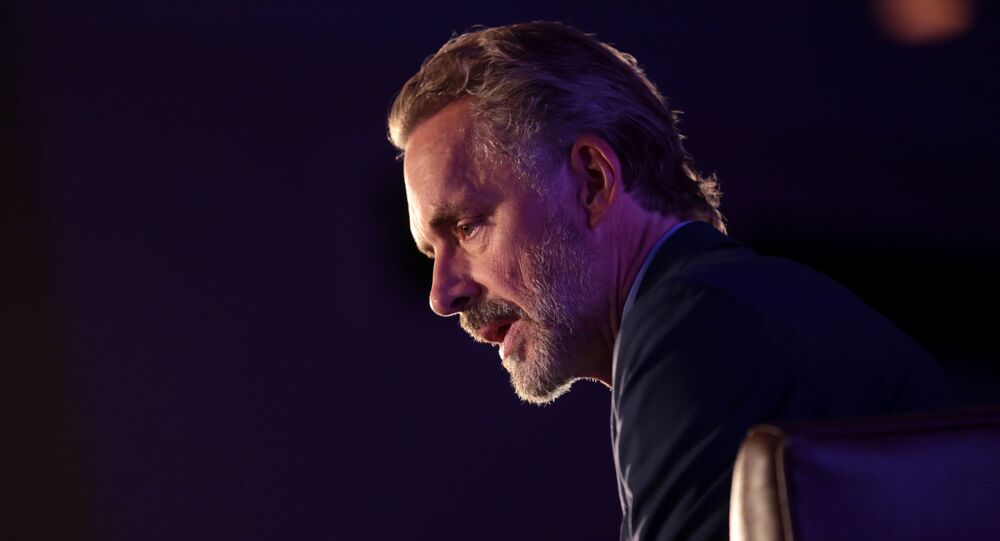 Clinical psychologist and renowned conservative speaker Jordan Peterson has recently returned to work, including his YouTube channel, following his struggle with akathisia, an adverse effect provoked by dependency on the strong prescription drug benzodiazepine.

Giving her answers in a recent Q&A with The Guardian, award-winning singer Joss Stone has said that her dream dinner party guest is Toronto Psychology Professor Jordan Peterson.

“He is so interesting”, Stone moved to explain her choice.

Jordan Peterson shot to fame in 2016 after a series of YouTube videos came out titled "Professor Against Political Correctness", and has since garnered great popularity among conservatives.

In the said videos, Peterson denounced a federal amendment to include gender identity in the Canadian Human Rights Act and Criminal Code, as well as his university’s intention to introduce obligatory anti-bias courses.

Peterson, widely deemed as a real life guru, argued that, for instance, the regulation to use gender neutral pronouns in relation to people who do not strictly identify with binary categories would infringe on his rights to free speech and self-expression.

Despite staunch criticism of the approach from many, it appeared to strike a chord with quite a few, who eagerly awaited Peterson’s new book to hit the shelves.

In March this year, he published Beyond Order: 12 More Rules for Life – a follow-up to the first work in the self-help series.

The popular conservative lecturer has made several public appearances in recent months after battling a number of health and family issues. In April 2019, he was treated for anxiety that he suffered in the wake of his wife's cancer diagnosis and his addiction to clonazepam.

When he attempted to cut down his intake, he suffered "horrific" benzodiazepine withdrawal symptoms, and had to undergo therapy. Among other things, last year, he received detox treatment in Russia and moved his family to Belgrade, Serbia to continue his recovery at the height of the coronavirus pandemic.

'What Would You Like to Talk About?' Elon Musk Responds to Jordan Peterson's Podcast Invitation