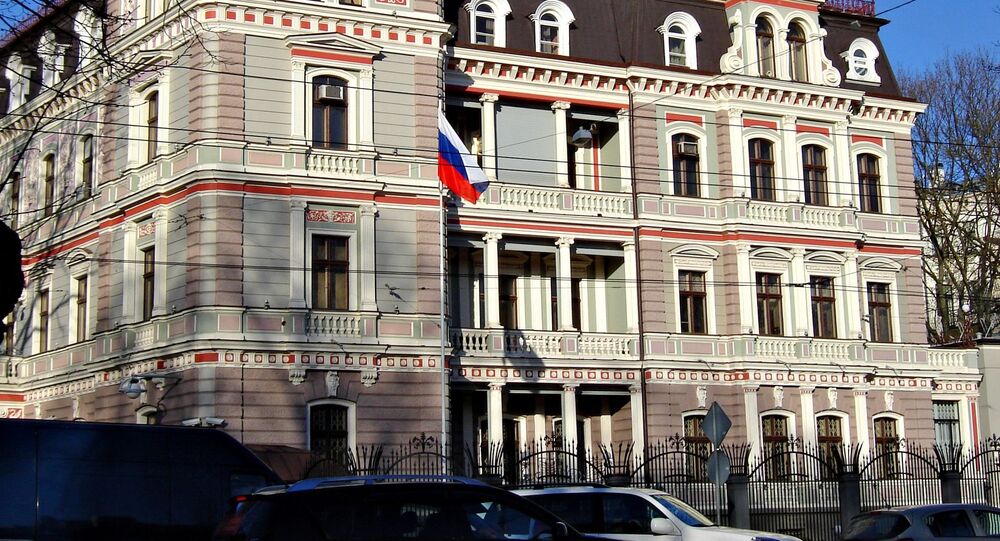 This comes against the backdrop of a diplomatic row between Prague and Moscow which has resulted in the mutual expulsion of embassy staff and reduction of employees in both capitals.

Moscow has pledged a response to the expulsion of Russian diplomats from Latvia, Lithuania and Estonia.

"The authorities of these countries can have no doubts in our response. Their diplomats may already begin to figure out who will have to pack their bags," Foreign Ministry spokeswoman Maria Zakharova said.

Earlier on Friday, Lithuania expelled two employees of the Russian embassy in solidarity with the Czech Republic.

"Today, on 23 April, the Ministry of Foreign Affairs of Lithuania summoned a representative of the Embassy of Russia to Lithuania and handed him a diplomatic note, declaring two members of the Embassy's staff personae non gratae, because they had carried out activities incompatible with their diplomatic status, and giving them seven days to leave Lithuania. The decision shows our solidarity with the ally after an unprecedented and dangerous incident in the Czech Republic," the foreign ministry said in a statement.

"The Embassy of the Republic of Lithuania in Moscow expressed readiness to help the Embassy of the Czech Republic to Russia perform the functions that could be disrupted by Moscow's order to drastically reduce its staff," the statement read on.

In solidarity with our Czech allies and due to the violations of Vienna Convention #Latvia has decided to expel a Russian diplomat. Latvia will not tolerate subversive activities on its soil or that of its partners and allies
🇱🇻 🤝 🇨🇿

Estonia said it will expel one Russian diplomat. On Thursday, Slovakia expelled three employees of the Russian embassy in Bratislava also in solidarity with the Czech Republic over its row with Russia. ​

Last week, Prague expelled 18 Russian diplomats from the country over claims of Russia's involvement in the 2014 ammunition depot explosions. Moscow slammed the Czech Republic's claims of Russia's involvement in the 2014 incident as groundless. In response, Russia declared 20 employees of the Czech Embassy personae non-gratae. After that, Czech Foreign Minister Jakub Kulganek said that the number of the Russian embassy staff will be reduced on par with the Czech one. On Friday, Moscow summed up its talks with Prague, saying that from 31 May there will be 35 Russian diplomats in Prague and 16 Czech diplomats in Moscow.