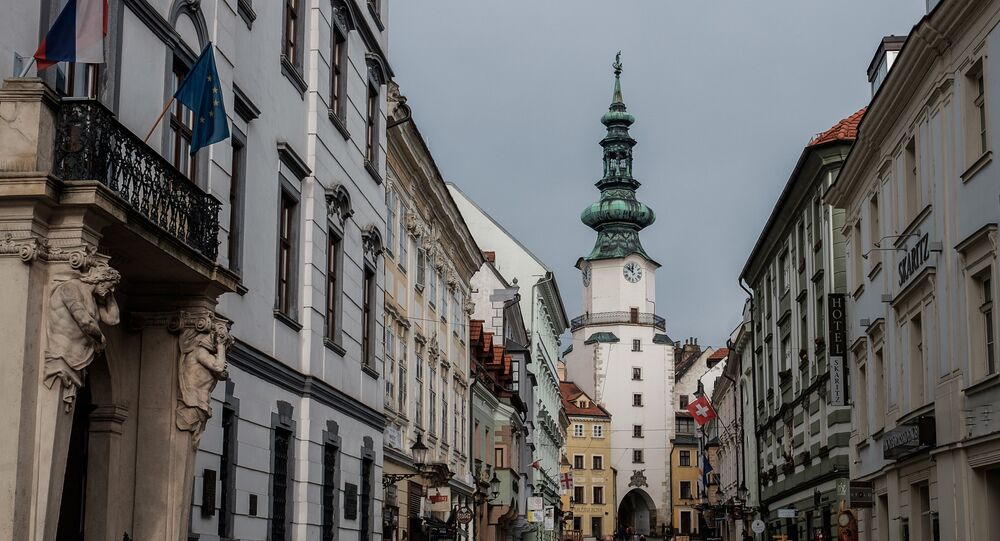 PRAGUE (Sputnik) - Three employees of the Russian embassy in Bratislava need to leave Slovakia within one week in light of the situation in the Czech Republic, Slovak Prime Minister Eduard Heger said on Thursday.

"In accordance with the current geopolitical situation, as well as with the situation in the Czech Republic, three employees of the Russian Embassy in Bratislava must leave the territory of Slovakia within 7 days," Heger told reporters.

Moscow reacted by saying that it was disappointed with Bratislava's move, adding that its response won't take long.

"We are deeply disappointed by the unfriendly actions of Bratislava, which decided to show pseudo-solidarity with Prague on a trumped-up case. Our answer will not be long in coming," Russian Foreign Ministry spokeswoman Maria Zakharova said.

Earlier in the day, Zakharova said that Moscow will respond to Prague’s decision to decrease the number of Russian diplomats and believes that the Czech Republic chose the path of breaking relations.

Czech Foreign Minister Jakub Kulganek said earlier that the diplomats expelled from Russia must be returned by Thursday noon, otherwise the number of the Russian embassy staff will be reduced on par with the Czech one. After the expiration of the ultimatum, Kulganek announced that the composition of the Russian embassy in Prague would be reduced to the level of the Czech diplomatic mission in Moscow by the end of May.