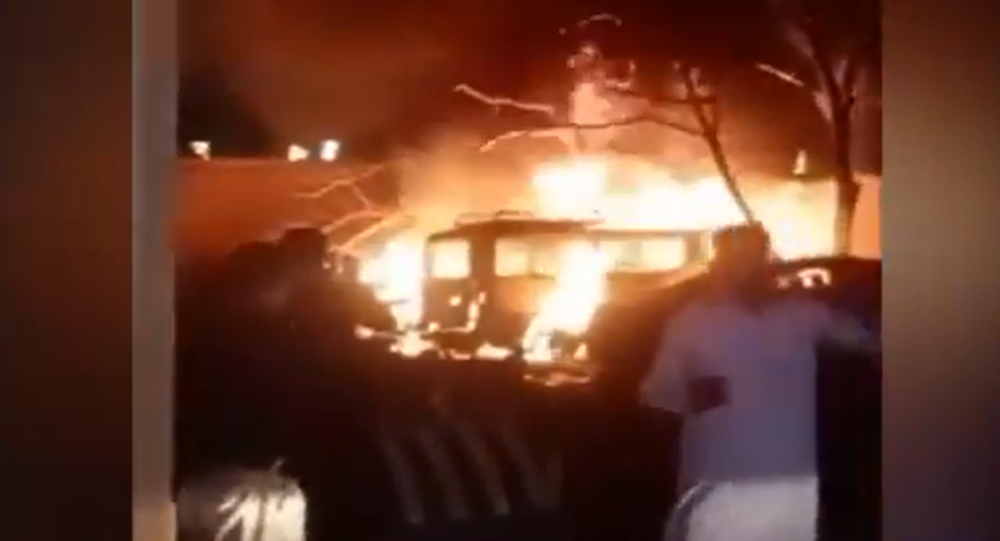 MOSCOW (Sputnik) - Four people have been killed and 12 others injured in an explosion that hit a parking lot of a hotel in the Pakistani city of Quetta, local deputy commissioner Aurangzeb Badini said on Wednesday.

Following the explosion, Pakistan Interior Minister Sheikh Rashid Ahmad said that China's ambassador was staying at the Serena hotel, the parking lot of which was targeted by the blast, according to Reuters.

The ambassador was not in the hotel at the time of the explosion.

"This was a big blast and the Chinese ambassador was also staying at this hotel, but he wasn't there at the time; he was out at a function," Sheikh Rashid Ahmad said, cited by Reuters.

Earlier, local deputy commissioner Aurangzeb Badini gave an update on the situation over the blast.

According to the Dawn newspaper, the explosion took place in a parking space of the Serena Hotel in Quetta, the capital of Balochistan province, at around 10.30 p.m. (17:30 GMT).

Alleged footage from the scene was shared by Twitter users.

Blast at Serena Hotel #Quetta . My prayers are with the affectees. Ya Allah khair pic.twitter.com/UhZe6Slyyk

The hotel territory has been cordoned off and the Counter-Terrorism Department has been deployed to investigate the incident.

According to Badini, the situation is under control and all those injured were taken to a hospital.