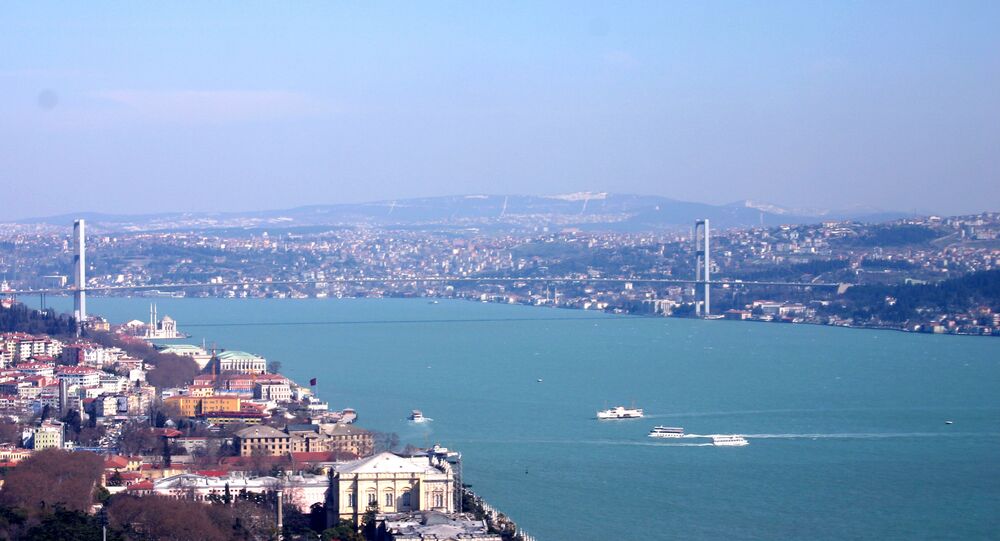 MOSCOW (Sputnik) - UK warships planned passage to the Black Sea through the Bosphorus is aimed at intimidating Russia, as the West keeps trying to influence Moscow's policies, but Russia expects non-Black Sea powers to implement the Montreux Convention, a source in the Russian Foreign Ministry told Sputnik on Tuesday.

"Everything that is being done around ship entry into the Black Sea is done with the only goal of increasing pressure on our country, apparently they hope we will 'understand' something and behave as they expect, show more flexibility. Perhaps, they believe it is possible to make us scared of something. This is the goal," the source said, asked to comment on London's plans.

The source noted that the Montreux Convention sets the limits on the number, mass and displacement of non-Black powers' vessels that can simultaneously be present in the Black Sea.

"We count on the common sense of those on whom the implementation of the Montreux Convention depends," the source stressed.

Last week, Washington also notified Ankara about two warships passage to the Black Sea, but the Pentagon later abandoned the plans. The source expressed the belief that the plans were aimed at intensifying regional tensions.

"We have not counted, this is not our task to count how many of them [military vessels] there are. But the escalation of tensions applies not only to the Black Sea, but to our relations in general ... We cannot support it, this is not our policy, this is not our choice," the source concluded.

Last week, it was reported that a destroyer and an anti-submarine frigate of the UK navy will enter the Black Sea in early May as a sign of solidarity with Ukraine amid tensions at the border with Russia. On Monday, a diplomatic source in Turkey confirmed to Sputnik that London had notified Ankara about the planned passage, scheduled for the first week of May.