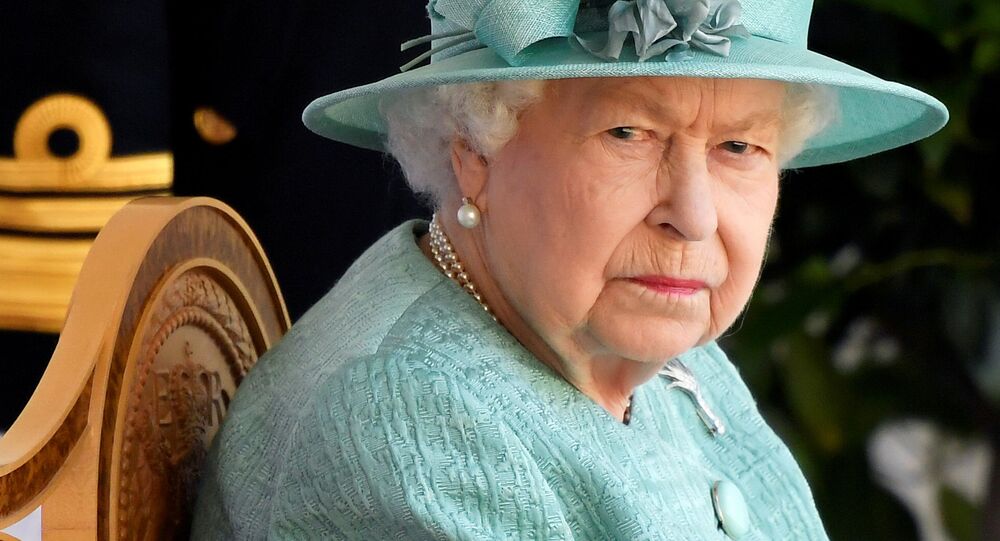 MOSCOW (Sputnik) - Russian pranksters pretending to be French Foreign Minister Jean-Yves Le Drian and PACE Vice President Oleksandr Merezhko of Ukraine called US Sen. Ben Cardin suggesting he slap sanctions on Queen Elizabeth II over the alleged racism of the royal family, and asking "how many slaves" he had on his "ranch" in Maryland.

Pranksters Vladimir Kuznetsov and Alexey Stolyarov have made numerous calls to the world's top politicians and celebrities, including then-UK Foreign Secretary Boris Johnson and Sen. Bernie Sanders. The duo, known by their monikers Vovan and Lexus, published a record of their latest prank call on Monday.

"The fact is that now Harry and Meghan have sent letters to European governments with a proposal to impose personal sanctions against racists from the British Royal Family, and we have to consider this proposal at the EU council of ministers' meeting in April", one of the pranksters posing as Le Drian said during the call.

The senator replied that he is not aware of that. Cardin also noted that he had heard the Duke and Duchess of Sussex's high-profile interview with Oprah Winfrey and deemed it "certainly disturbing."

The voice pretending to be Ukrainian politician Merezhko, in turn, claimed that "we need sanctions against [the] British queen", as "there are a lot of racists in the royal family."

"You know … Again … I am not gonna react to this at the moment … I think I need to have a lot more information … We have democratic states with open societies. We look to those countries to first act. So with respect to the former members of the royal family, I expect there will be some activities within the British parliament, the British government", the senator, who appeared to be perplexed, said.

When the "Ukrainian politician" expressed belief that the Queen uses slaves from former colonies, the senator said: "I comment on the United States. We do not have royals in the US."

Cardin added that he had a hard time understanding the phenomenon of royal power, but knows the traditions of the UK and other monarchies. He reiterated that the issue raised in the trilateral call would be "best handled" by the country itself.

The prankster finally asked the senator whether he had slaves on his "ranch" in Maryland. Cardin slammed the question as ridiculous.