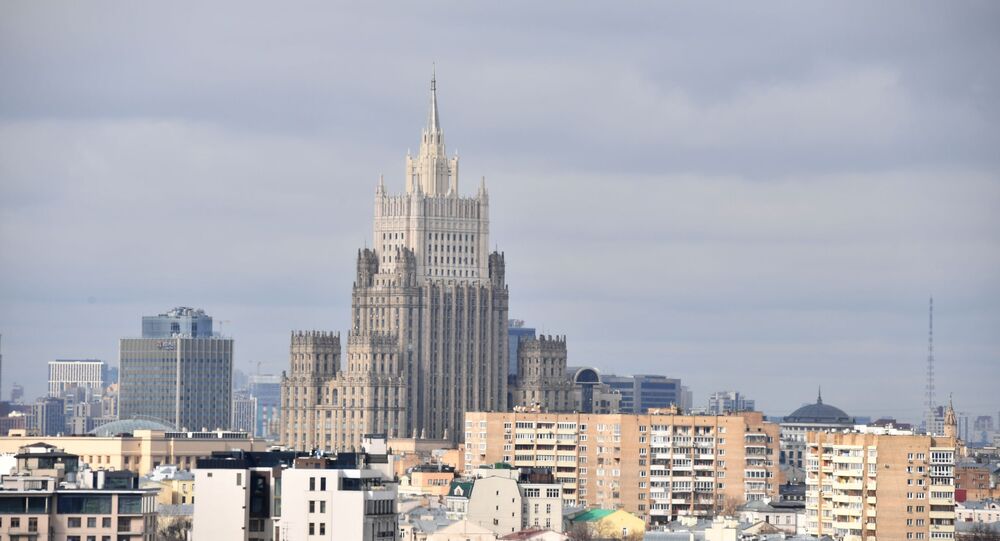 Moscow Expels 20 Czech Diplomats, Tells Them to Leave by End of 19 April

The spat between Russia and the Czech Republic became tense after Prague accused Moscow of involvement in an explosion at an ammunition depot in Vrbetice in 2014, where two Czech nationals were killed.

In a reciprocal move against the expulsion of 18 diplomats from Prague, Moscow has expelled 20 Czech diplomats, who have been told to leave the Russian capital by the end of Monday, 19 April.

The Czech ambassador to Russia, Vitezslav Pivonka, was summoned to the Russian Foreign Ministry on Sunday against the backdrop of the diplomatic scandal, a Sputnik correspondent reported. The diplomat entered the ministry building without issuing any comments, spent about 20 minutes there, and left.

"A strong protest was declared to the ambassador in connection with the unfriendly act of the Czech authorities against the personnel of the Russian diplomatic mission in Prague. Pivonka was informed that 20 employees of the Czech embassy in Moscow were declared persona non grata," the statement said.

According to the ministry, the Czech diplomatic employees are required to leave Russia before the end of Monday.

The Czech government announced on Saturday the expulsion of 18 Russian diplomats over their alleged role in a 2014 ammo depot explosion, where two Czech nationals were killed.

The Russian Foreign Ministry said in the wake of the expulsion that there would be consequences.

Foreign Ministry spokeswoman Maria Zakharova said Russia would shortly set out its reciprocal measures with regard to the diplomats' expulsion from Prague. "It was crucial to clearly respond to such steps, whereas the exact realisation of it will come, I think, in the near future", Zakharova told Rossiya-1.

Amid the diplomatic spat, Czech police also put two Russians, Alexander Petrov and Ruslan Boshirov, on the wanted list, but stopped short of saying directly whether they had anything to do with the 2014 blast.

According to a statement from the Czech authorities, the two Russian nationals were in the country in October 2014 - first in Prague, and then in the Moravian-Silesian Region and the Zlin Region.

They both allegedly used at least two passports.