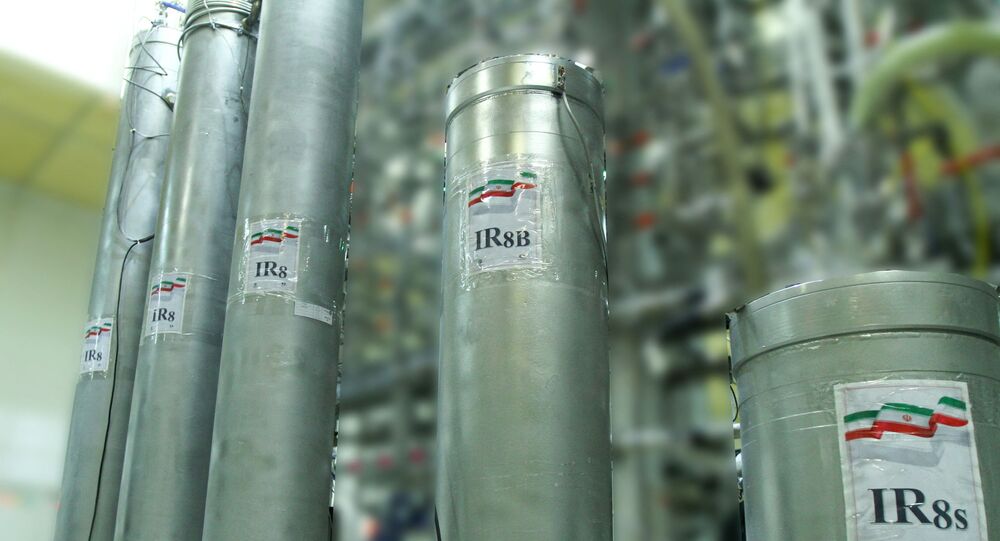 Mohammad Baqer Qalibaf says Iran has now proved to be fully capable of making good on its promises with regard to nuclear activity in a really short time frame.

Iranian Parliamentary Speaker Mohammad Baqer Qalibaf has referred to his country’s recent decision to start enriching uranium to 60 percent purity as a “decisive response” to what he said is “the enemy's scheme” to undermine Tehran’s position in the Vienna talks.

Qalibaf said the ambitious plan is in keeping with Article 1 of the Strategic Action Plan to Counter Sanctions – legislation that the Iranian parliament passed last December. He stressed that the fact that it was made possible to deliver on the plan in such a short period indicates that little time now separates decision-making from real action in the Islamic Republic’s nuclear industry.

“Today, it can be said that we will achieve whatever we want with the grace of God Almighty in a short time", Qalibaf said, as cited by Press TV, continuing to detail the extent to which Iran’s nuclear activity has evolved.

"The important enrichment achievement proved to our enemies that Iran's nuclear industry has become indigenous and that any uncalculated action and pressure on Iran's national determination for scientific progress is ineffective”, he noted.

Last week, Iran announced to the International Atomic Energy Agency (IAEA) its intention to have 1,000 advanced centrifuges installed at the Natanz nuclear site, just a short while after an incident that Tehran dubbed as an act of sabotage at the facility.

The latter is among the sites being observed by the IAEA under the Joint Comprehensive Plan of Action (JCPOA), and it is there that a number of IR-1 centrifuges have been disabled.

Iran said they would be replaced with more powerful ones.

Tehran reported the incident on 11 April, with Foreign Minister Mohammad Javad Zarif saying they believe that Israel was behind the sabotage at the facility. The Israeli channel Kan, for its part, reported, citing intelligence sources, that the Natanz facility had been subjected to a cyberattack at the hands of the Jewish state's intelligence service Mossad.

Earlier this week, world powers resumed talks in Vienna in a bid to drive Washington and Tehran into compliance with the 2015 Iran nuclear deal that the Donald Trump administration unilaterally pulled out from in 2018, much to the disappointment of the other signatories.

Yet, the Joe Biden team, which has vocally supported the JCPOA deal and said it aspires to revive it, reportedly made it clear that it would not scrap every single sanction that the former president slapped on Iran, despite calls from the Islamic Republic to do so.

There has thus been a lot of back and forth of late regarding the terms of the deal’s revival.

“The question still remains about whether the seriousness of purpose and the intent of coming back into compliance that the US showed will be reciprocated by Iran. We saw some signs of it, but certainly not enough", an unnamed State Department official was quoted by Politico as saying last week.