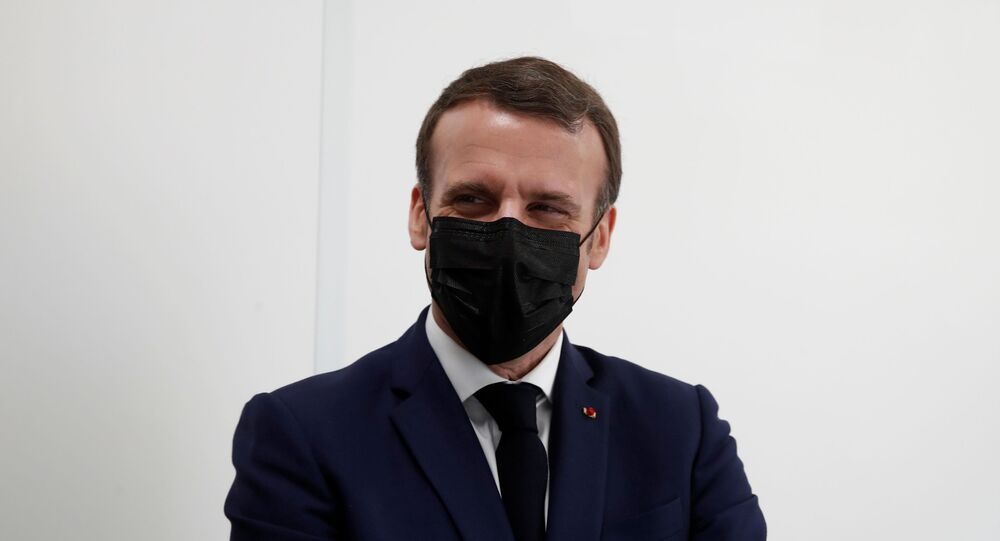 The French president said that although he "fully" shares US President Joe Biden’s desire for an open dialogue with Russia, he thinks it is necessary "to define clear red lines with Russia" in order to be credible. Macron said that "an approach based on two pillars" is needed in relations with Moscow.

"If we want to stabilize a lot of existing crises in the world, today, we need an open and frank dialogue with Russia," Macron said, adding that sanctions are nonetheless needed "after an unacceptable behavior" and "when we’re not aligned."

On Thursday, the US slapped new sanctions on 32 Russian entities and individuals for their alleged interference in the 2020 US presidential elections and the purported hacking of US software supply chain networks. Under the sanctions, US financial institutions are prohibited from buying Russian government bonds during primary placements after June 14. However, they will still be able to buy and sell Russian government bonds on the secondary market. In addition, the US expelled 10 Russian diplomats from the country.

© REUTERS / TOM BRENNER
White House: Biden Views Russia as Being Outside Global Community, Summit as 'Bridge Back'
The Russian Foreign Ministry condemned the new US sanctions as running contrary to the interests of the two nations.

In response to the US sanctions against Russia, Moscow banned eight US citizens from entering the country, including US Attorney General Merrick Garland, US Secretary of Homeland Security Alejandro Mayorkas, Director of National Intelligence Avril Haines and FBI Director Christopher Wray.

Tensions in the bilateral relations were triggered by the US intelligence report about Russia's alleged interference in the US election and Moscow's purported part in the SolarWinds cyber hack. It also followed Biden's interview with ABC News in which he said Russia President Vladimir Putin would "pay a price" for alleged election meddling and called his Russian counterpart a "killer".