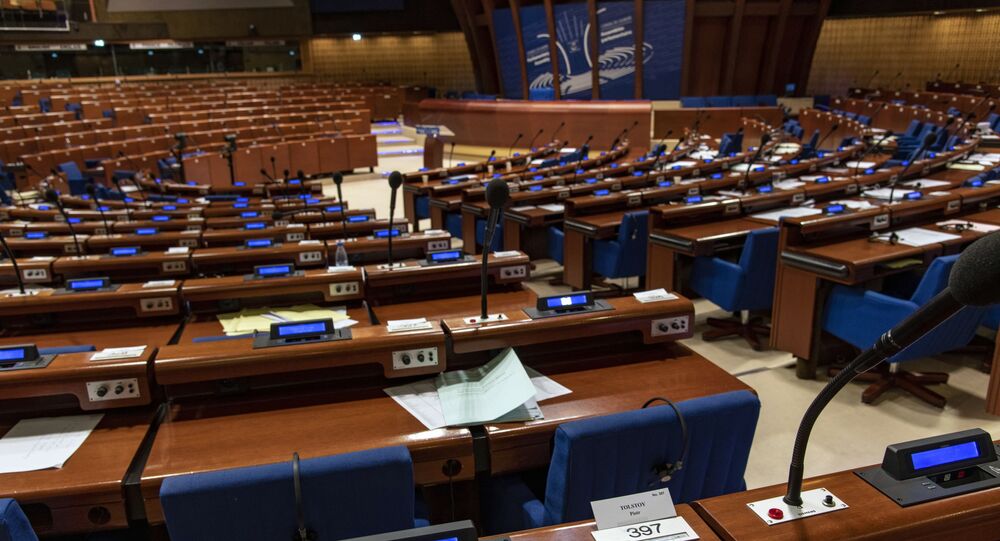 MOSCOW (Sputnik) - Russia could soon withdraw from the Parliamentary Assembly of the Council of Europe (PACE) amid the hostile western stance, particularly in what concerns Russian vlogger Alexey Navalny, Leonid Slutsky, the chairman of the international affairs committee of the Russian State Duma, said.

He added that within the next few days, a harsh anti-Russian resolution was going to be adopted in relation to the Navalny case.

On Friday, a spokesperson of the European People’s Party (EPP), the largest political group in the European parliament, told Sputnik that there were calls for new EU sanctions against Russia amid a similar decision made by the US.
© Sputnik / Natalia Seliverstova
US Reportedly Reserves Option to Expand Sanctions Against Russian Debt, Monitors Moscow's Reaction

Earlier this week, Pyotr Tolstoy, the deputy chairman of the State Duma, the lower house of the Federal Assembly of Russia, said that Russia was going to participate in the PACE spring session remotely, but could refuse to work at the PACE platform altogether if the rights of the country’s delegation are violated.