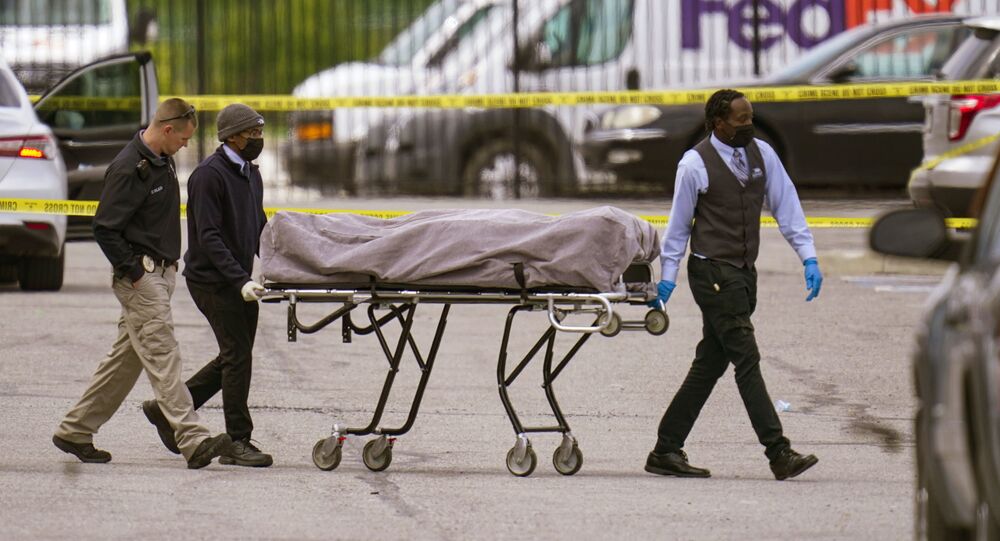 On Thursday night, a 19-year-old man opened fire at a FedEx facility located in Indianapolis, Indiana, killing eight people and later turning the gun on himself. Local police have identified the gunman who went on a killing spree as Brandon Scott Hole.

At least four members of the Sikh community were shot dead in Thursday night's mass shooting at the FedEx facility in Indianapolis, the Indian Embassy in the United States confirmed on Friday night (US time).

"Indianapolis police have identified victims of the shooting incident, which include persons from Indian American Sikh community. Our consulate in Chicago is in touch with local authorities in Indianapolis and community leaders and will render all assistance, as required", it said in a statement, adding that the Indian Embassy is monitoring the situation closely.

Taking to Twitter, India's External Affairs Minister S Jaishankar, expressed shock over the shooting and said that the consulate general in Chicago is in touch with the Indianapolis mayor, as well as community leaders.

​Following Thursday's mass shooting, Frederick W Smith, chairperson and CEO of FedEx stated the firm had lost eight team members in the senseless act of violence. The cops are trying to ascertain the motive behind the shooting.

"Vice President Harris and I have been briefed by our homeland security team on the mass shooting at a FedEx facility in Indianapolis, Indiana, where a lone gunman murdered eight people and wounded several more in the dark of night", Biden said in a statement.