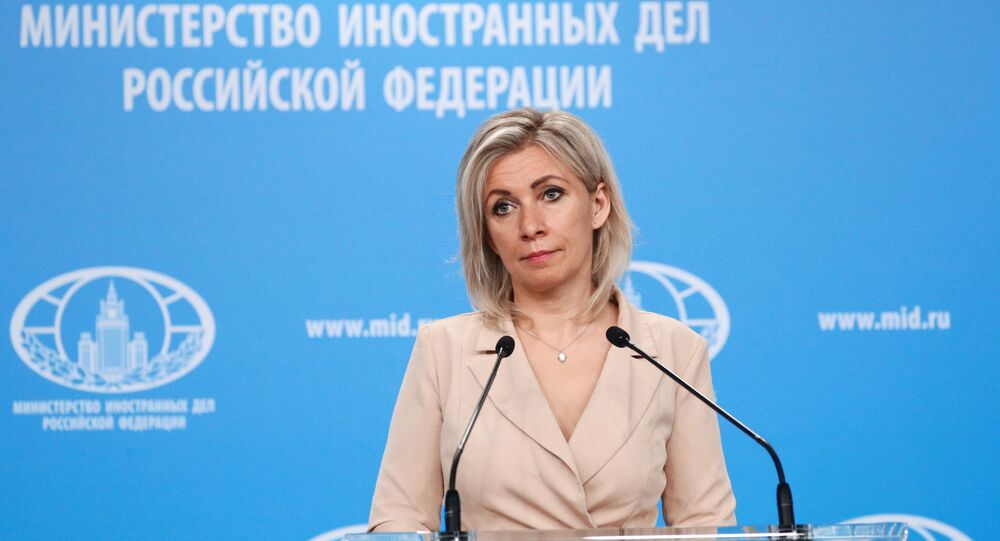 MOSCOW (Sputnik) - Russian Foreign Ministry spokeswoman Maria Zakharova, commenting on the summoning of Russian ambassadors to Poland and the United Kingdom, called it "a chain reaction of the NATO countries in support of US sanctions."

"A chain reaction of NATO countries in support of US sanctions is a sign of a vicious bloc discipline, when decisions are made not on the basis of real facts, but on command, demonstrating pseudo-solidarity," Zakharova said.

"This is not solidarity or even campaigning. This is a vassalage of the 21st century," she concluded.

The actions come just days after US President Joe Biden invited Russian President Vladimir Putin to meet with him "in the coming weeks" to find ways to strengthen relations.

The Biden administration had declared significant new financial and banking sector sanctions against Russia earlier in the day, and had also expelled 10 diplomats from the Russian embassy in Washington.

As stated in Biden's executive order, the sanctions concern 32 organizations and individuals, as well as six Russian technology firms, for alleged Russian election meddling and hacking attacks, including the SolarWinds incident.

The 32 entities and people are being pursued for allegedly participating in "Russian government-directed" attempts to manipulate the 2020 US presidential election, among other reasons.