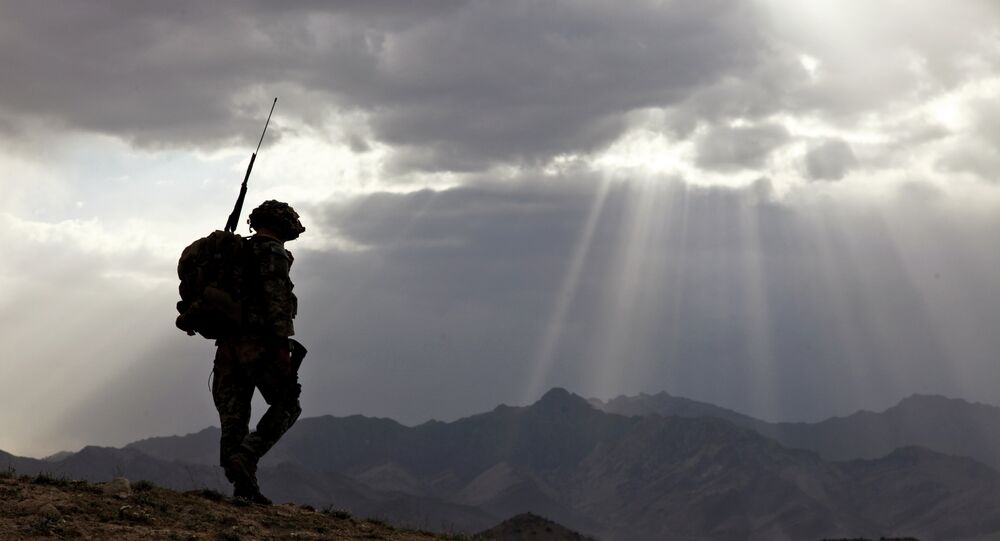 The US-led North Atlantic Treaty Organization (NATO) said Wednesday it intends to begin pulling its troops out of Afghanistan before the end of the month.

"We went into Afghanistan together, we have adjusted our posture together and we are united in leaving together. This is not an easy decision, and it entails risks," he said, adding that the withdrawal was not the end of the alliance's relationship with the Afghan government in Kabul, but rather a "new chapter."

According to Stoltenberg, Withdrawing NATO troops from Afghanistan is not a risk-free decision, but the alternative would be a bigger, open-ended military presence to withstand growing Taliban pressure.

"The alternative is to stay but then we need to prepare for long-term open-ended military presence and most likely we would have to increase the number of NATO troops in Afghanistan to withstand increased Taliban pressure, more violence," Stoltenberg said at a joint presser with US State Secretary Antony Blinken and Pentagon chief Lloyd Austin.

US Secretary of State Antony Blinken also said the administration was committed to taking in interpreters and asylum seekers from Afghanistan.

Earlier on Wednesday, NATO members' foreign and defense ministries decided their withdrawal would parallel that of the United States, which on Tuesday said it would not meet the May 1 deadline but would instead leave the country by September 11, 2021, on the 20th anniversary of the 2001 terrorist attacks that served as justification for the war's inception.

The US has roughly 3,500 troops in the Central Asian nation at present, while NATO and US partners together have another 7,000 deployed there.

In a February 2020 peace deal with the Taliban militant group, the US agreed to withdraw all its troops by May 1, 2021, and the Taliban has promised to resume attacks on the US and its allies if they have not left by the agreed-upon date. The Taliban has also said its attendance at peace conferences - like that expected to convene in Istanbul next week - would be put on hold until the US withdraws.

At the Wednesday presser, US Secretary of Defense Lloyd Austin noted that US forces would "respond forcefully should the Taliban attack any of our forces or those of our allies during this drawdown." He also noted the US would continue to provide equipment to the Afghan Air Force and paying the salaries of Afghan Armed Forces staff after the withdrawal.

The US invaded Afghanistan in October 2001 and overthrew the Taliban government, a brutally repressive theocracy that had allowed the al-Qaeda terrorist group responsible for the attacks to train and operate inside its territory. The Taliban offered at the time to arrest al-Qaeda leader Osama bin Laden and hand him over to the US government if it would cease its bombing campaign, but that offer was rejected. The resulting 20-year-long war has claimed hundreds of thousands of lives, nearly all of them Afghan, and sent millions more into exile.