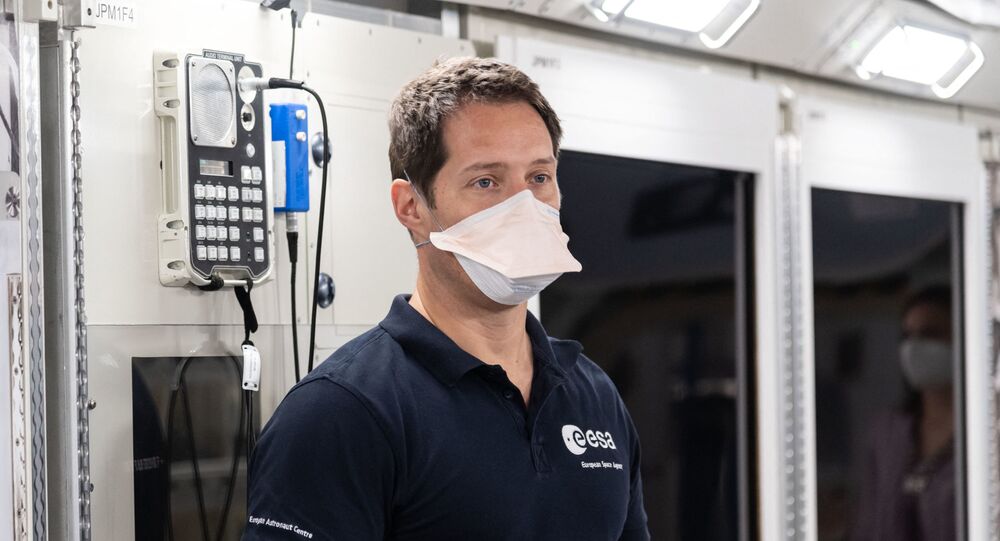 ROME (Sputnik) - Astronaut of the European Space Agency (ESA) Thomas Pesquet was appointed as a goodwill ambassador to the UN Food and Agriculture Organization (FAO) on the day marking 60 years since the first human, Yuri Gagarin, went to space.

"On this #HumanSpaceFlight day, we are thrilled to announce that @ESA Astronaut Thomas Pesquet is @FAO's new Goodwill Ambassador! Welcome on board, @Thom_astro! We are proud to make our partnership official & grateful for your efforts to ensure a healthier planet for all," the organization posted on Twitter.

The online welcoming ceremony for the new Goodwill Ambassador was attended by FAO Director General Qu Dongyu, as well as permanent representatives to the UN organizations in Rome from the leading space powers — Russia, France and the US.

"Thank you @FAO for nominating me Goodwill Ambassador! Let's use the vantage point of earth orbit in the fight against hunger," the astronaut tweeted.

Pesquet is a member of the crew preparing for the April 22 launch to the International Space Station (ISS) as part of the Alpha expedition and will spend six months in orbit. Among other activities, he will also be conducting global monitoring of agri-food systems, as well as assessing the degree of anthropogenic impact on the environment and biodiversity of the planet.

Pesquet spent 196 days aboard the ISS on a previous expedition.

The astronaut's mission as FAO Goodwill Ambassador will be to draw the attention of the international community to the issue of food security and healthy nutrition.