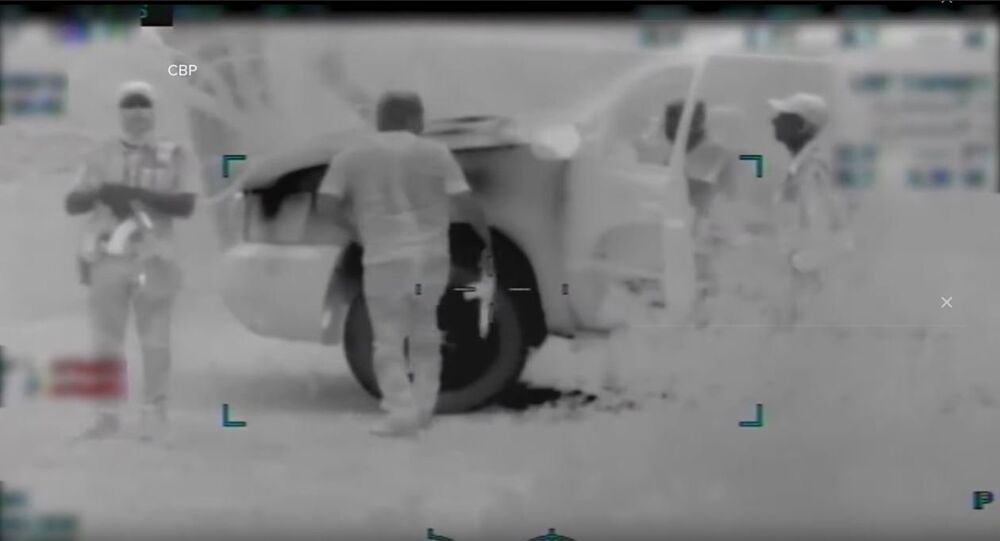 US Reportedly Secures Deals With Mexico, Honduras and Guatemala to Use Troops to Stem Migration Tide

The Biden administration has taken heavy flak over its handling of the ongoing crisis on the US-Mexico border, with a wave of would-be migrants making their way for America in the aftermath of the president’s steps to repeal many of his predecessor’s hardline immigration and border control policies.

The Biden administration has reached agreements with Mexico, Honduras, and Guatemala to help quell the influx on the US-Mexico border, Tyler Moran, special assistant to the president for immigration for the Domestic Policy Council, has told MSNBC.

According to the official, the Latin American countries have been asked to use troops to beef up security on their own borders to cut the number of US-bound immigrants.

“That not only is going to prevent the traffickers, and the smugglers, and the cartels that take advantage of the kids on their way here, but also to protect those children,” the official said.

Moran also indicated that the administration is working on a two-pronged approach to the border situation, with Biden and Vice President Kamala Harris said to be developing a “blueprint” that seeks to address “the reasons that people are coming from the region,” and seeking to improve the processing of unaccompanied minors who have made it into the country.

The Biden administration has received heavy criticism from both Republicans and the president’s own support base over its handling of the situation on the US-Mexico border, which the White House spent weeks calling a “vital human challenge” instead of a “crisis.”

US Customs and Border Protection caught over 100,000 would-be migrants at the border in February, and encountered some 171,700 more individuals in March, including almost 19,000 unaccompanied minors – a new record nearly doubling the 11,861 unaccompanied minors detained during the 2019 migration surge.

Twitter
Biden to Nominate Critic of Trump Border Policies to Lead US Customs Agency, Reports Suggest
Republicans have accused the administration of causing a “manmade humanitarian disaster” and an “international disgrace” and claimed that President Biden’s decisions in the first weeks of his administration were responsible. The White House has dismissed the claims, suggesting Joe Biden “inherited” the problem from Donald Trump, or arguing that the migrant surge was a “cyclical” occurrence, rather than one related to policy.

The border crisis started shortly after Biden began dismantling Trump’s hardline immigration policies – halting construction of the border wall, moving to end “harsh and extreme immigration enforcement,” and promising to “restore and expand” the asylum system. Other policies have included rescinding the Trump travel ban and promising a “path to citizenship” for 11 million+ undocumented immigrants already living in the US.

The severity of the crisis has apparently pushed the administration to consider walking back at least some of these steps. Last week, the Washington Times reported that Biden was thinking about restarting construction of the border wall to “plug gaps” in the current network of barriers.

Other policies have continued to outrage Biden’s Republican opponents. On Saturday, GOP lawmakers launched tirades on Twitter after it was reported that the White House was considering cash payments to would-be immigrants to keep them out of the country.

On Friday, US National Security Advisor Jacob Sullivan announced that Roberta Jacobson, Biden’s southwest border czar, would be stepping down from her post at the end of the month.