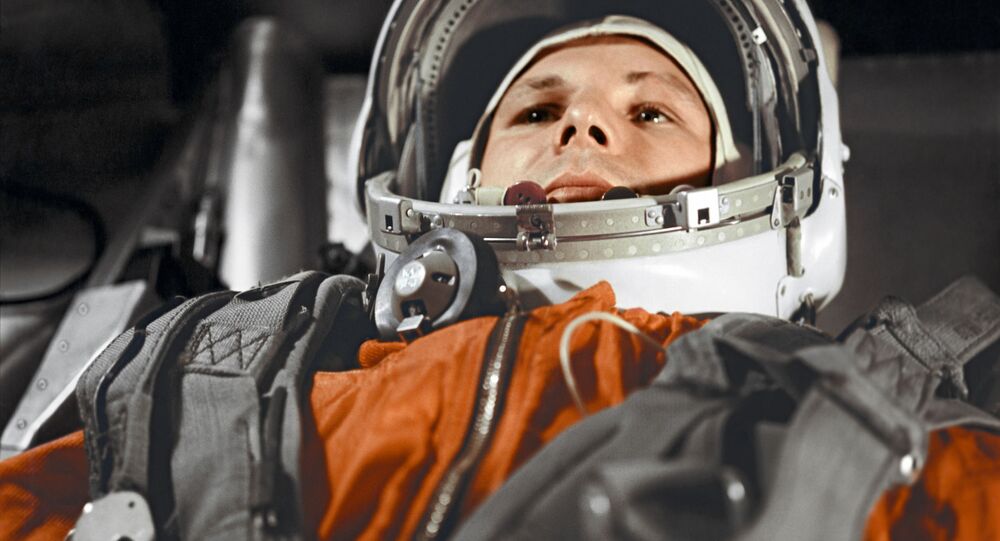 WASHINGTON (Sputnik) - The achievement of Yuri Gagarin, the first human to journey into space 60 years ago, helped mankind to believe all was possible, and that there are solutions to the most difficult issues on both the Earth and in space, veteran NASA Astronaut Nicole Stott told Sputnik.

Today marks the 60th anniversary of Gagarin's space flight - the first in human history. On 12 April 1961, Gagarin pronounced his famous "Poyekhali!" (Let's Go!) as the Vostok spacecraft lifted off the ground, taking the first person ever to space. After orbiting the Earth once, the re-entry module landed on the territory of what was then the Soviet Union.

“I think what Yuri Gagarin’s flight did for a lot of us was help us believe in possibility,” Stott said. “To believe that really complex and challenging things like humans flying in space are possible. To believe that there are solutions to our most challenging problems, both in space and here on Earth.”

As the world celebrates this 60th anniversary of human spaceflight, Stott added, it is critical to remain open to these possibilities.

"It’s important that we open our eyes, and minds, and hearts to continue to discover a universe of possibility and to know that we have the power to create a future for ourselves here on Earth that’s as beautiful as it looks from space," she said.

Stott went on to underscore that one of the best ways to use the lessons learned from all of the complexity of space exploration is to acknowledge the simple things about who and where we are in space together.

“Three of those simple lessons I brought back to Earth with me are: We live on a planet. We are all Earthlings. And the only border that matters is the thin blue line of atmosphere that blankets and protects us all,” she said. “These 3 simple lessons define the interconnectivity we share with each other and all life on Earth, and with the planet itself.”

Stott said she comes back to the words Gagarin shared so elegantly 60 years ago during his less than 2 hours spent in space: “I see Earth! It is so beautiful... Orbiting Earth in the spaceship, I saw how beautiful our planet is. People, let us preserve and increase this beauty, not destroy it!"

© Sputnik / РИА Новости
Yuri Gagarin: 60th Anniversary of the First Manned Spaceflight in History
10
On 7 April 2011, the UN General Assembly proclaimed April 12 the International Day of Human Space Flight on the occasion of the 50th anniversary of Gagarin's first space flight. The resolution was co-authored by more than 60 UN member states.

Stott is a veteran NASA Astronaut with two spaceflights and 104 days living and working in space as a crew member on both the ISS and the Space Shuttle. She performed a spacewalk, becoming 10th woman to do so, flew the robotic arm to capture the first HTV, worked with her international crew in support of the multi-disciplinary science onboard the orbiting laboratory, as well as painted a watercolour.

Moreover, Stott is a NASA Aquanaut. In preparation for spaceflight, she was a crewmember on an 18-day saturation dive mission at the Aquarius undersea laboratory.