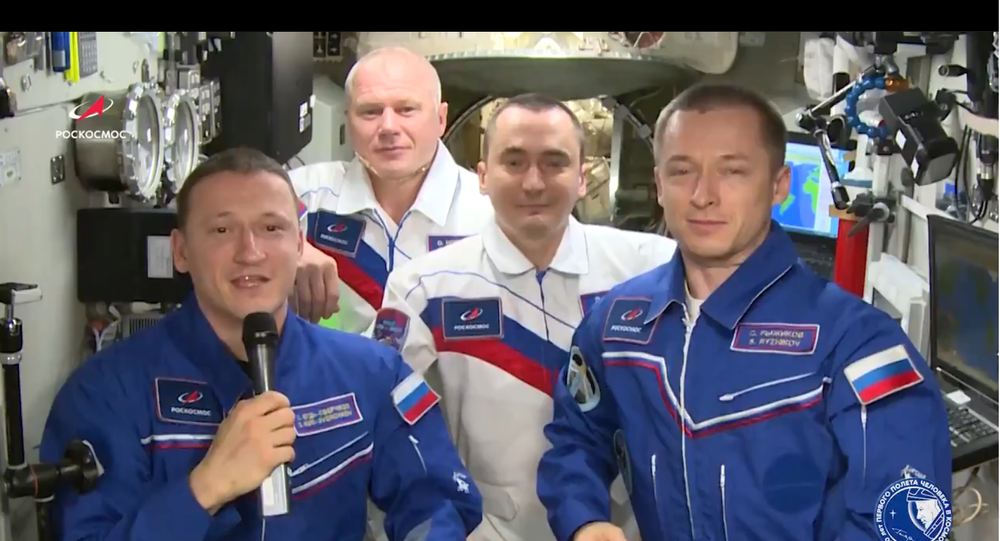 MOSCOW (Sputnik) - Russian cosmonauts on board the International Space Station (ISS) have congratulated everyone with the 60th anniversary of Yuri Gagarin's historic space flight via a video address released by Russian space agency Roscosmos.

"Exactly 60 years ago, on April 12, an event took place that became a turning point in world history. A spacecraft with a man on board left Earth, making an orbital flight for the first time, and the man who dared to go on this flight, Yuri Alekseyevich Gagarin, was our compatriot. The entire planet learned of him on that day, because it was then that new history began - the history of manned space flights," Russian cosmonauts Sergey Kud-Sverchkov said.

Cosmonaut Oleg Novitskiy added that it was Soviet engineers who made Russia a leading space power, while Gagarin’s flight became a heroic example for all of humanity, including the current ISS crew.

The anniversary of the first Soviet cosmonaut's flight, which marked the beginning of the space era, is celebrated every year in Russia as Cosmonautics Day on April 12.

On April 12, 1961, Gagarin pronounced his famous "Poyekhali!" (Let's Go!) as the Vostok spacecraft lifted off the ground, taking the first human to space.