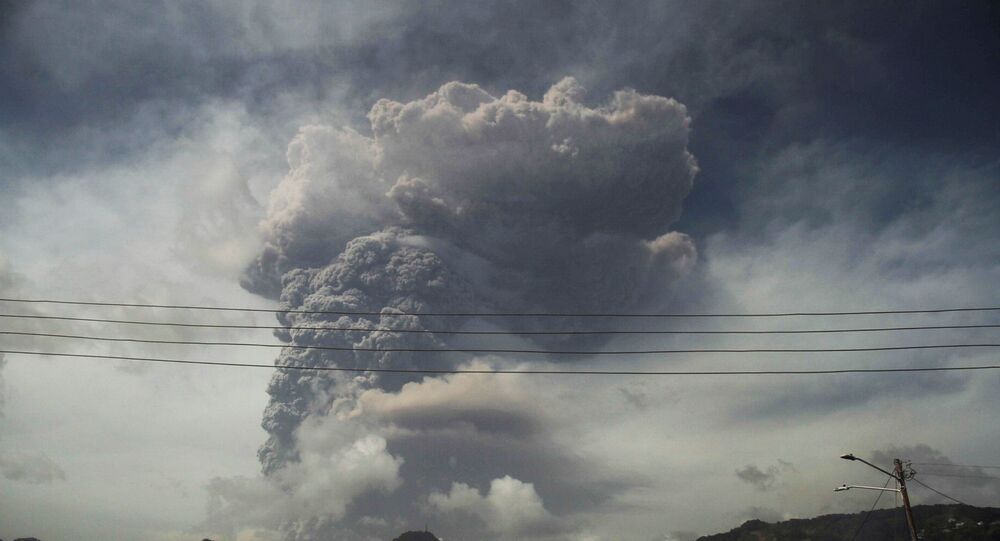 MOSCOW (Sputnik) - The seismic activity of the volcano La Soufriere in St. Vincent and the Grenadines has culminated in a powerful and explosive eruption, the West Indies Seismic Research Centre said.

"At 8:41 am [12:41 GMT] this morning ... an explosive eruption began at La Soufrière volcano in St. Vincent. This is a culmination of the seismic activity that began on April 8", the research centre wrote on its Twitter page on Friday.

Seismologists warned about ashfall on the islands of St. Vincent, the Grenadines, and Barbados.

Late Thursday, Prime Minister of St. Vincent and the Grenadines Ralph Gonsalves declared a massive evacuation on the island of Saint Vincent over the threat of eruption of La Soufriere.

Later on Friday, La Soufriere was rocked by a second massive explosion.

La Soufriere's most famous eruption took place on 6 May 1902, and left 1,680 people dead. The most interesting fact about that event is that several days after it, on one of the neighbouring islands, Martinique, the eruption of the volcano Mount Pelee destroyed the town of Saint-Pierre, killing some 29,000 people.