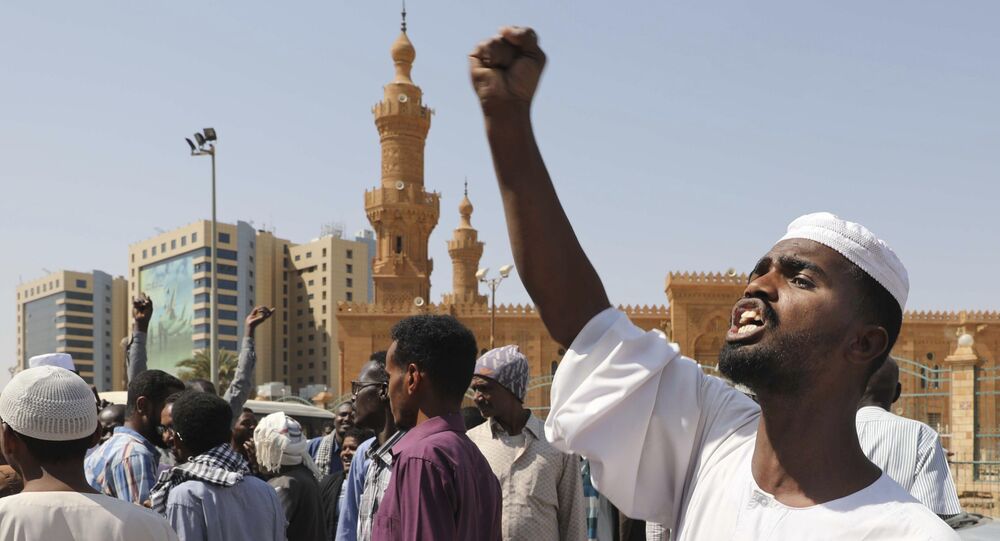 Sudan agreed to normalise relations with Israel in late 2020 after receiving promises of sanctions relief from Washington, as well as America's commitment to remove Khartoum from the State Department's list of "state sponsors of terrorism."

Sudan's Council of Ministers has voted to repeal the 1958 Israel boycott law which prohibits Sudanese nationals and entities from having any contact or trade with their Israeli counterparts.

Tuesday's vote is the latest move by Sudanese authorities to gradually improve ties with Tel Aviv following the country's signing of a memorandum of understanding with the US in January to formally normalise ties with the Jewish State after agreeing to do so late last year.

The measure now heads to a joint meeting of Sudan's cabinet and the sovereign council for final approval.

Khartoum introduced the boycott law in 1958. In addition to contacts and business relationships, the law prohibited the direct or indirect import of Israeli goods.

Local media reported on government plans to abolish the boycott law back in January, but official sources denied the reports at the time. Sudan's traditional government, coming to power in the wake of a military coup in April 2019, has made normalisation of ties with Israel a gradual process amid resistance from the population and fears that a speedy improvement of relations could exacerbate local tensions.

© AP Photo / Morwan Ali
A man holds a poster with Arabic that reads, "we will not give up, we will not sell out, we will not agree on normalization," as others chant slogans to protest Sudanese President of the Sovereignty Council Abdel Fattah Abdelrahman Burhan's contentious decision to meet Israel's prime minister last week in a move toward normalizing relations, in Khartoum, Sudan, Friday, Feb. 7, 2020.

Sudan became the third member of the Arab League to sign on to the US-brokered Abraham Accords after the United Arab Emirates and Bahrain did so last year. Morocco moved to normalise ties with Israel in December 2020, after the US agreed to recognise Morocco's claims to Western Sahara.

© CC BY 2.0 / 401(K) 2012
US Receives $335 Mln From Sudan in Compensation for Attacks
In the 20th century, despite lacking a contiguous land border with Israel, Sudan regularly joined other Arab countries in regional wars with Tel Aviv, taking part in the Arab-Israeli War of 1948 and the Six-Day War of 1967. Sudan mobilised troops for the Yom Kippur War of October 1973 as well, but the war ended by the time its contingent of 3,500 troops arrived in Egypt. Sudan secretly allowed Israel to evacuate Jewish refugees from neighbouring Ethiopia during the civil war and famine in that country in the 1980s. During the same period, the country formally established diplomatic relations with Palestine, and hosted members of Palestinian militant groups designated as terrorists by the US and Israel. In the 1990s, the country also hosted al-Qaeda* leader Osama bin Laden, but expelled him in 1996.