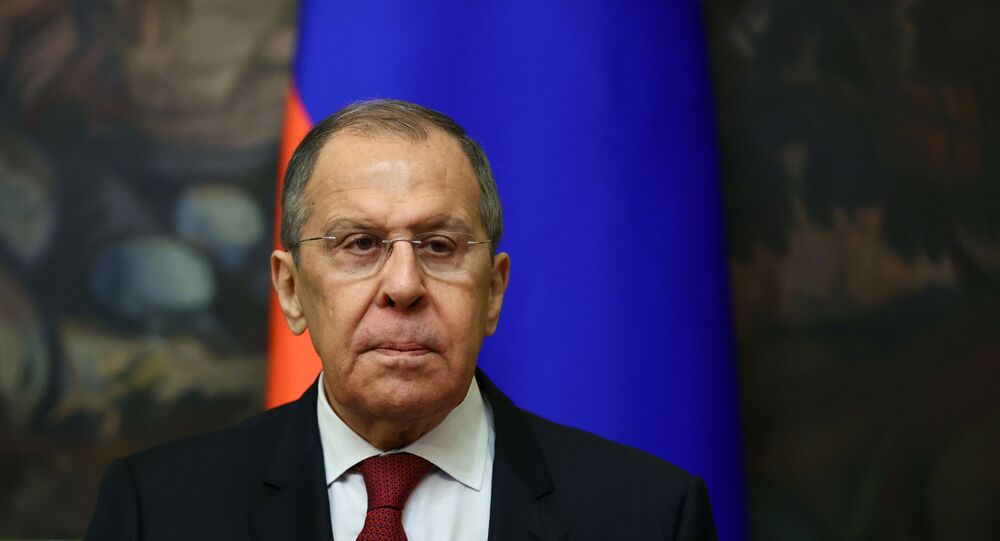 Lavrov arrived in the Indian capital of New Delhi for an official visit on Monday. It was reported that the Russian foreign minister and his Indian counterpart, Jaishankar, would discuss bilateral relations, cooperation in the fight against the COVID-19 pandemic, and preparations for the upcoming high-level bilateral meeting, among other things.

"We hope that the epidemiological situation would allow us to organise a bilateral summit in 2021. The dates of next sessions of the Inter-Governmental Commission on Trade, Economic, Scientific, Technical and Cultural Cooperation, Inter-Governmental Commission on Military and Technical Cooperation and Inter-Parliamentary Commission are under consideration," Russian Foreign Minister Sergey Lavrov said in an interview with Hindustan Times, ahead of Tuesday talks with his Indian counterpart, Subrahmanyam Jaishankar.

The Russian foreign minister pointed out that considering the need to overcome the consequences of the pandemic, Russia’s priorities include intensification of cooperation with India in areas such as trade, energy, agriculture, transport, finance and banking, science and technology, as well as humanitarian ties.

"Russia is satisfied with the vigorous political dialogue with India on all levels that keeps on actively developing despite serious restrictions caused by the Covid-19 pandemic. In 2020, we managed to successfully organise several events in face-to-face and online formats," Lavrov said, adding that Russia intends to continue cooperating with India in various formats, on different international platforms.

Lavrov and Indian officials are expected to assess approaches to interaction between Moscow and New Delhi in the international arena, including at the United Nations, BRICS, and the Shanghai Cooperation Organisation (SCO).

"I am convinced that the negotiations with my colleague Dr Subramaniam Jaishankar during my visit to New Delhi will promote further strengthening of the Special and Privileged Strategic Partnership that unites us," Lavrov said.

In this regard, the minister highlighted last year’s summits of the Shanghai Cooperation Organisation and Brazil-Russia-India-China-South Africa (Brics) that saw "fruitful" Russia-India cooperation.

Lavrov has also argued that India and China must find a mutually acceptable political solution in resolving the crisis situation in the border region of Ladakh, without external interference.

"We are closely watching the process of normalisation at the Line of Actual Control (LAC). We welcome the agreements reached after the telephone conversation between the foreign ministers of India and China on February 25, 2021, aimed at resolution of the situation. ...We pay due respect to the intentions of New Delhi and Beijing to act independently and within the frameworks of established multilayer bilateral dialogue mechanisms, without interference from outside," Lavrov said.

On February 25, Indian External Affairs Minister Subrahmanyam Jaishankar discussed relations between New Delhi and Beijing in phone talks with his Chinese counterpart, Wang Yi. The two sides pulled out their troops from the Lake Pangong Tso area of the so-called Line of Actual Control (LAC) earlier last month and held a 10th round of meeting's between senior commanders, discussing the remaining issues in the region. 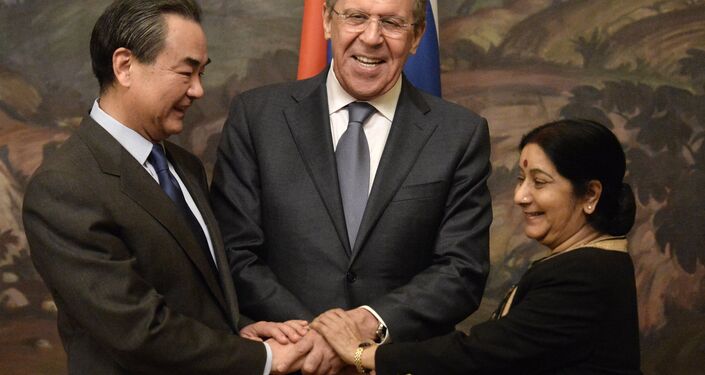 Indian Ministry of External Affairs spokesman Anurag Srivastava said on Friday that New Delhi was expecting Beijing to cooperate in resolving the Ladakh crisis following a phone conversation between the Indian and Chinese foreign ministers.

Since the 1962 war between India and China, the two lack a duly demarcated borderline in the Himalayas. Following a deadly May 2020 escalation near Lake Pangong Tso, India and China boosted their military presence in the disputed region, while simultaneously launching disengagement consultations.