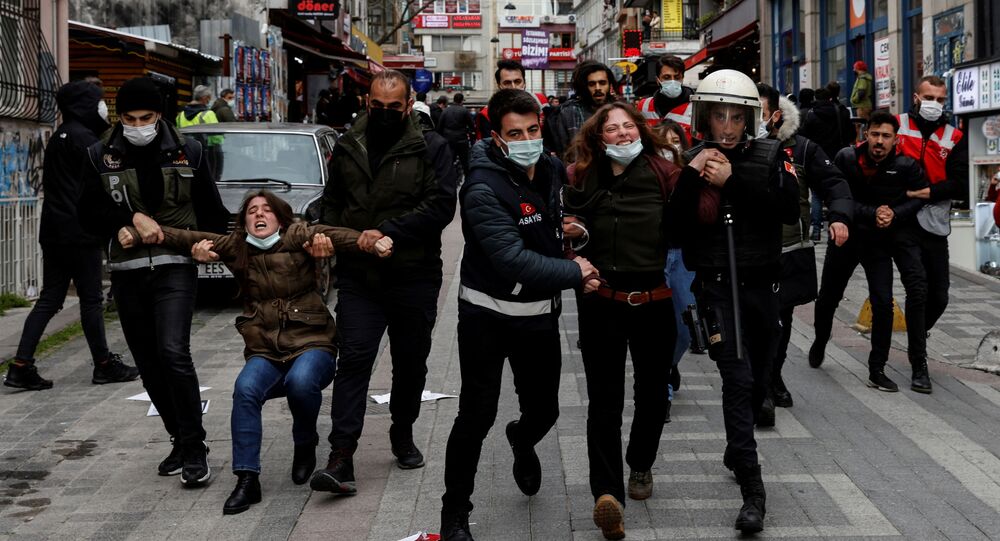 "President [Erdogan] spoke by phone with King Abdullah II of Jordan. Turkish-Jordanian relations and regional issues were discussed during the call," the Presidency tweeted.

On Saturday, Jordanian state media reported that several senior officials were arrested for security reasons. In a video message, Hamzah bin Hussein, half-brother of King Abdullah II, said that he had been placed under house arrest and cut off from communication.

YOUSEF ALLAN
What We Know So Far About Situation in Jordan Following Arrest of King’s Half-Brother
The following day, Jordanian Foreign Minister and Deputy Prime Minister Ayman Safadi said an investigation revealed that Prince Hamzah and two officials had had contacts with foreign intelligence agencies to destabilise the country. Safadi added that the member of the royal family had contacted unnamed foreign intelligence and sought to depose the current monarch.

Turkey, for its part, detained 10 retired admirals for publicly criticizing the government, after 103 senior naval officers wrote an open letter highlighting the need for the country to stay in the Montreux convention amid plans to build a huge canal on the edge of Istanbul, an act which would not be covered by the treaty.

In addition, the letter spoke in favor of keeping the current constitution against the backdrop of Erdogan’s calls for a new basic law.