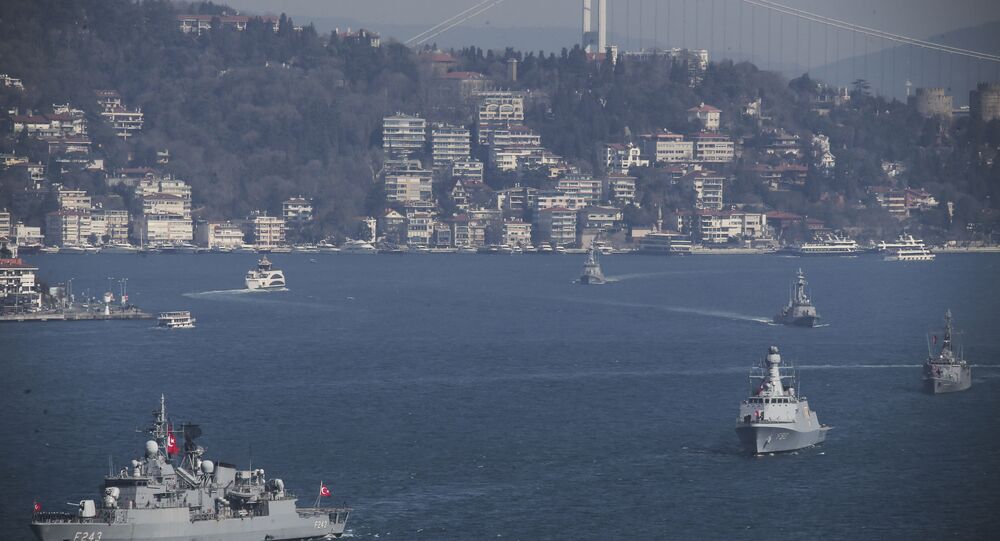 ANKARA (Sputnik) - Turkey’s main opposition Republican People's Party (CHP) and the Homeland Movement have decried arrests of 10 retired admirals who signed a letter in support of the Montreux Convention, which determines the status of Bosporus and Dardanelles straits.

On Sunday, 103 retired Turkish admirals published a letter highlighting the need for the country to stay in the Montreux convention amid plans to build a huge canal on the edge of Istanbul, which would not be covered by the treaty. In addition, the letter spoke in favor of keeping the current constitution against the backdrop of President Recep Tayyip Erdogan’s calls for a new basic law.

The admirals also criticised the military top brass for alleged departure from the path outlined by Turkish founding father Mustafa Kemal Ataturk. On Monday, media reported that 10 of the retired admirals had been detained.

"If there is a coup attempt or a hint of it — certainly, we all will oppose it. Our party is ready to stand against any coup attempt. But Montreux is the issue of admirals, sailors. If they do not make statements on this topic, then who will? The imam of the Hagia Sophia Mosque? Those who speak about freedom of speech detain admirals, accusing them of an attempted coup for expressing their concern about the interests of our country," Muharrem Ince, the Homeland Movement leader and Erdogan’s key challenger in the 2018 election, wrote on Twitter.

"We have seen these games before. Patriots will not bow their heads," Ozkoc tweeted.

© CC BY-SA 2.0 / Nikos Roussos / the canal
Erdogan Says Kanal Istanbul Waterway Will Not Fall Under Montreux Convention
The Turkish Defense Ministry said that the authors of the letter "are blinded by envy and do not want to see the success of the country’s armed forces," with the letter itself seeking to "cause damage to the army and democracy."

The Ankara prosecutor's office has launched a probe into the letter.

According to Foreign Minister Mevlut Cavusoglu, the Istanbul Canal project's aim is not for Turkey to abandon the convention.