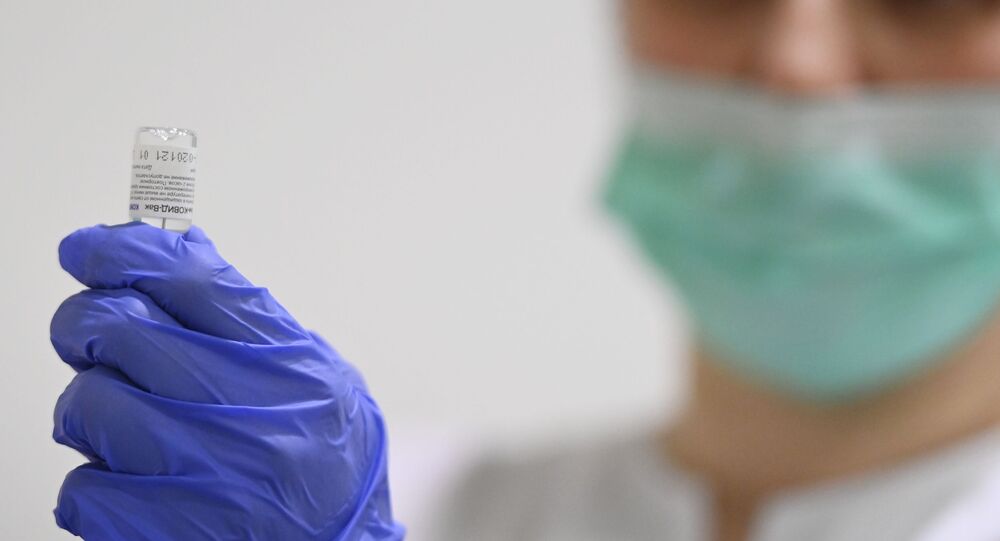 MOSCOW (Sputnik) - The possibility of getting infected with the coronavirus remains 3 weeks after receiving second shot of Sputnik V vaccine, however, the disease manifests itself only with mild symptoms in such cases, Alexander Gintsburg, the head of the Russian Gamaleya Research Institute, which developed vaccine, said.

The researcher specified that if a person contracts the coronavirus within three to five days after the first inoculation, the symptoms might be more severe, so it is vital to comply with protective measures until the immune system is fully developed.

The second shot of the Russian vaccine gives a hundred percent protection against the severe form of the virus after three post-vaccination weeks expire, Gintsburg added.

Sputnik V was registered by the Russian Health Ministry in August 2020, becoming the world's first vaccine against the coronavirus. The drug's effectiveness after the third phase of the clinical trials was proved to be nearly 92 percent, according to trial results released The Lancet medical journal. The vaccine has so far been approved for use in 59 countries.