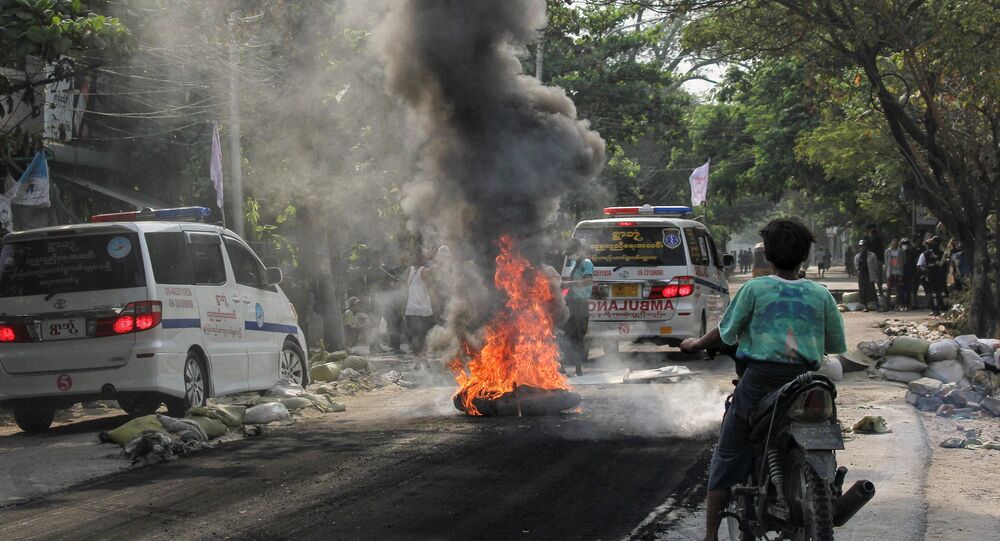 On Wednesday, the United Nations Security Council (UNSC) met for the third time regarding the violence in Myanmar, which began following a military coup in February. Members of the group previously condemned the situation and its associated deaths on March 10.

UNSC President Dang Dinh Quy detailed Thursday that members of the security council are deeply concerned by the "rapidly deteriorating situation" in Myanmar and "strongly condemn" the violence that has led to the "deaths of hundreds of civilians, including women and children."

Quy 's detailed that, during Wednesday's UNSC meeting, members of the group also "reiterated their call on the military to exercise utmost restraint" and emphasized "the need to fully respect human rights and to pursue dialogue and reconciliation in accordance with the will and interests of the people of Myanmar."

The UNSC also called for the release of all coup-related detainees, including President Win Myint and State Counsellor Aung San Suu Kyi.

"The Members of the Security Council called for safe and unimpeded humanitarian access to all people in need," the UNSC president remarked. "They also expressed concern that the recent developments pose particular risk serious challenges for the voluntary, safe, dignified and sustainable return of Rohingya refugees and internally displaced persons."

According to Quy , the UNSC also highlighted that the "rights of ethnic minorities" must be "fully protected."

During the Wednesday meeting, UN Special Envoy of the Secretary-General Christine Schraner Burgener reportedly warned that a "bloodbath is imminent" if the UNSC continues "inaction."

"I hope you can act while there is still time to avoid the worst outcome by overcoming caution and disagreement," Burgener said, following the death of at least 114 civilians in Myanmar over the weekend.

Myanmar's military seized power and announced a one-year state of emergency two months ago, pledging to take action against alleged voter fraud during the November 8 general election. The military claimed it was committed to the democratic system and vowed to hold new and fair elections after the state of emergency ends.