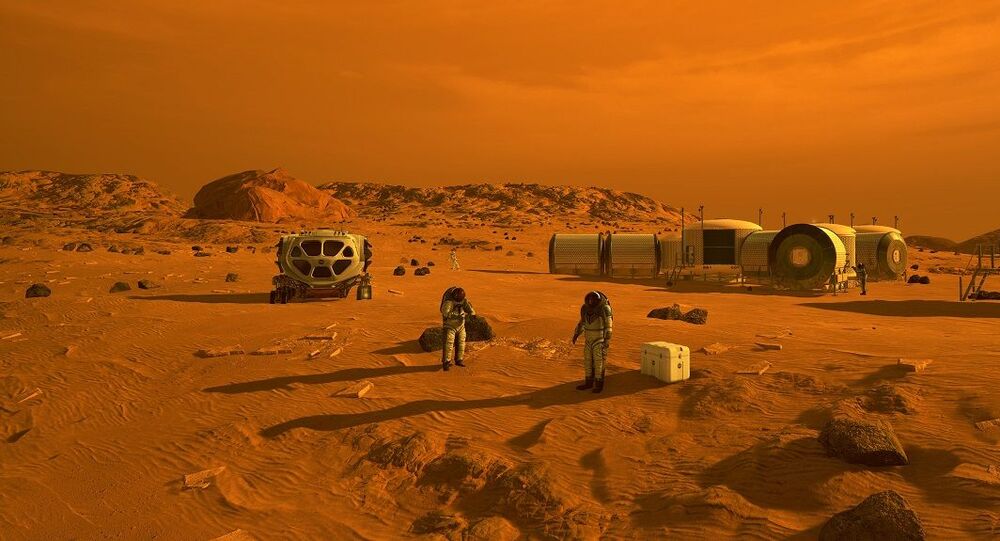 Earlier this month, Chinese Foreign Minister Wang Yi called on the White House to understand "the high sensitivity of the Taiwan issue" and scrap "dangerous practices of playing with fire".

NASA has updated its Mars project page following Chinese media lambasting the US space agency mentioning Taiwan as a country on the page's dropdown menu.

In May 2019, NASA invited the public to submit their names to fly aboard the next Mars rover, in a mission scheduled for 2026.

On Monday, the Chinese newspaper the People's Daily claimed that some Chinese netizens had noticed that Taiwan appeared under the "country" option in a section where NASA asked the project’s applicants to choose their country of origin.

The newspaper described the listing for Taiwan as an "unforgivable mistake" that runs counter to the norms of international relations and "hurts the simple feelings of the Chinese people".

The stand was shared by Chinese Taiwan Affairs Office spokesperson Zhu Fenglian, who lambasted NASA for having "severely violated the one-China principle".

The state-run newspaper China Daily also berated the US space agency for the "grave error", adding that "NASA must respect China's national interests and not indulge in politics".

Right now, the Send Your Names to Mars project asks for "Location", while the dropdown menu offers the picking of a "Country/Region/Territory". NASA has not commented on the matter yet.

The developments came after US Secretary of State Antony Blinken used the word "country" when he mentioned Taiwan during a congressional hearing, breaking a previous taboo among US officials about using such language to refer to the self-governing island to avoid irritating China.

"I share your view that Taiwan is a strong democracy, a very strong technological power, and a country that can contribute to the world, not just to its own people. COVID is a very good example of that", Blinken said.

The remarks followed China's Foreign Minister Wang Yi urging the Biden administration earlier this month "to fully understand the high sensitivity of the Taiwan issue" and abandon "dangerous practices of crossing the line and playing with fire".

© AP Photo / Li Gang/Xinhua
US Reportedly Concerned that China Is Ready to ‘Flirt with the Idea of Unification’ with Taiwan
The US, along with many other countries, does not recognise Taiwan as a sovereign nation and officially adheres to the "One China" policy.

Washington has, however, maintained informal relations with the island since severing diplomatic ties with it in 1979. China, which views Taiwan as a breakaway province, is concerned over Taipei's cooperation with Washington, especially in the defence sector.