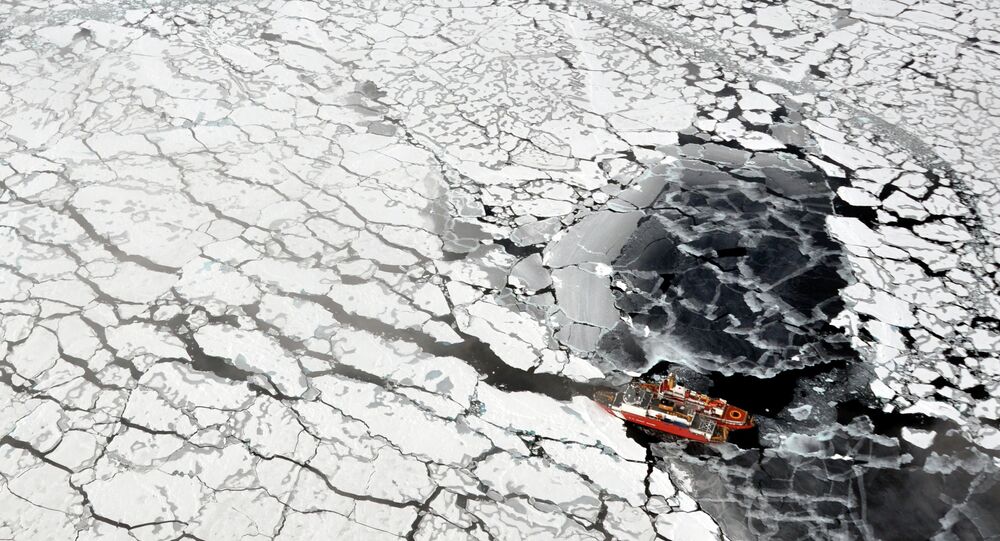 MOSCOW (Sputnik) - The recent blockage of the Suez Canal after the Ever Given container ship ran aground has strengthened arguments in support of Northern Sea Route, as well as Russian gas pipelines, such as TurkStream and the under-construction Nord Stream 2 project, co-founder of the Macro-Advisory analytics firm, told Sputnik in an interview.

The Ever Given ran aground in the Suez Canal on March 23 and was wedged across the waterway for six days, holding up roughly $9.6 billion worth of goods each day, before it was eventually refloated.

Sovcomflot
Russia Highlights Northern Sea Route's Potential After Suez Canal Mishap
While the vital shipping route was blocked, officials at Rosatom, the Russian State Atomic Energy Corporation, promoted the benefits of the shorter Northern Sea Route, which connects Europe and Asia through the Arctic Ocean, and Weafer said that the recent incident was a "net-positive" for Russia.

"It strengthens the argument for Nord Stream 2, as it does strengthen the argument for looking at other shipping routes from Asia to Europe, such as the BRI [China's Belt and Road Initiative] and the Northern Sea Route," Chris Weafer, co-founder of the Macro-Advisory analytics firm said.

The Nord Stream 2 pipeline is still under construction in the North Sea, despite mounting political pressure from the United States and some members of the European Union, but Weafer said that Russian pipelines were crucial in ensuring consistent energy supply.

"It does reinforce the message of diversification in trade supply, and security of the supply, and that's a net-positive for the Northern Sea route, for the BRI, and particularly I think for pipelines, because pipelines are very secure, they run from A to B whereas a tanker with LNG [liquefied natural gas] coming through the Suez can be blocked," Weafer commented.

The pipeline, which has been subject to US sanctions, is a joint venture project between Russia's Gazprom and five European energy giants.