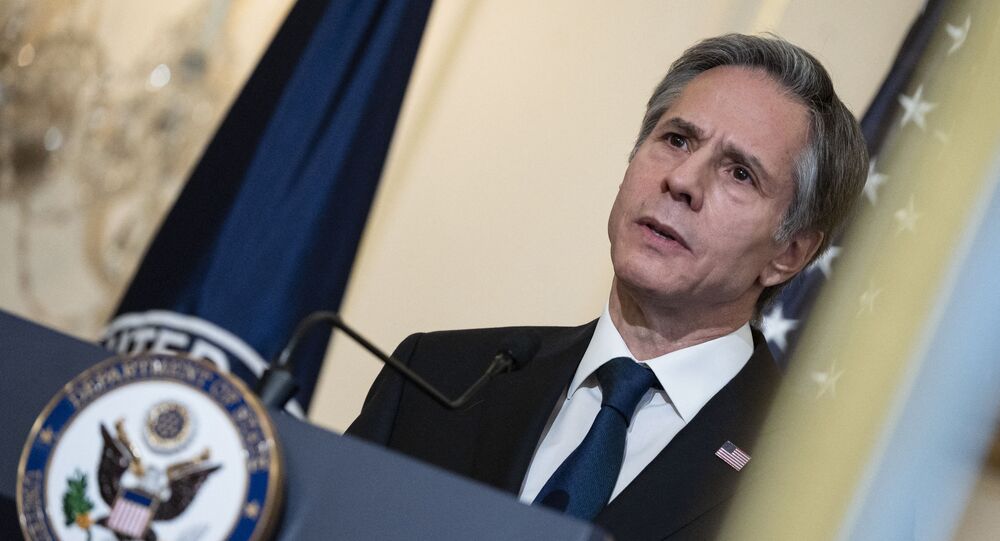 Among the accusations levelled against Russia are targeting "political dissidents and peaceful protesters, while official corruption remained rampant," US Secretary of State Anthony Blinken said in a statement attached to the report.

The United States in the report claims Russia failed to provide adequate responses to identify, investigate, prosecute or punish most officials who committed human rights abuses.

© CC BY-SA 2.0 / Ken Lund / United States Department of Commerce
US to Expand Restrictions on Exports to Russia Over Navalny Case

Crimea’s reunification with Russia and alleged human rights violations by local authorities in Chechnya were also listed in the report.

In addition, the report mentioned - but did not quote - "credible reports" on the alleged poisoning of opposition figure Alexey Navalny.

The State Department went as far as to accuse the Russian government of attempts to commit extrajudicial killings - allegations Russia repeatedly denied.

Russia has repeatedly refuted as groundless all accusations of being involved in the poisoning of Navalny, human rights violations in Crimea and extrajudicial killings.