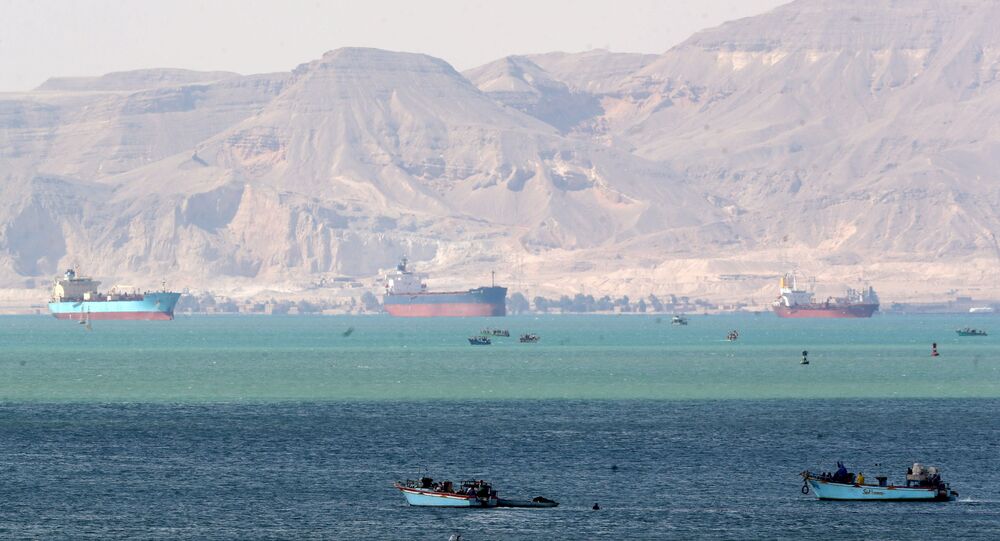 ISMAILIA (Sputnik) - At least three days are necessary to resolve the "traffic jam" of ships in the Suez Canal after the blockage incident with the container ship Ever Given, Egyptian President Abdel Fattah al-Sisi said on Tuesday.

"The situation in the Suez Canal has returned to its place, we expect that within three days the traffic jam from the ships will be eliminated, movement will return to normal", al-Sisi, who is visiting the canal, said.

The canal's administration has said that 140 more cargo ships need to pass through the Suez Canal by midnight.

© CC0
Jittery Oil Prices Recover as Suez Canal Unblocked, Traders Anticipate OPEC+ Production Cut Rollover
Sisi also noted that an investigation will reveal what caused the blockage incident with the ship Ever Given and called against rushing to conclusions.

"Let's not rush to talk about the reasons. As for the investigation, I leave this question to the administration of the canal and the relevant authorities. But, of course, all aspects around the event will be established by technical specialists", al-Sisi said, adding that he has no plans to interfere in this "technical and legal issue".

On 23 March, the 1,300-foot-long container ship Ever Given became stuck in the Suez Canal, blocking navigation through the waterway. It was reopened after the gigantic cargo ship was towed in the direction of the Bitter Lakes on Monday. Cairo has announced plans to demand compensation from the owner of the Ever Given.