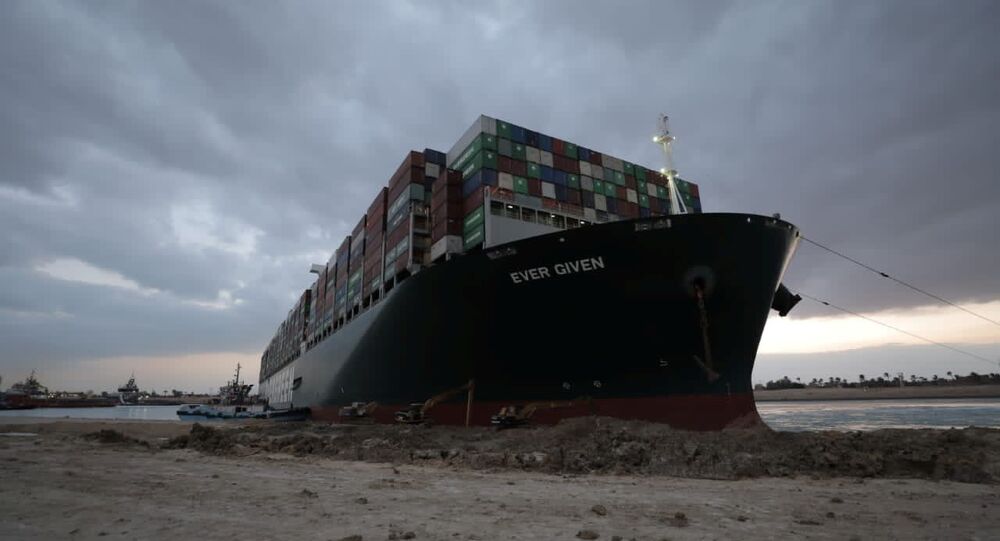 The flow of traffic through the Suez Canal became effectively halted on 23 March when Ever Given, a 400-meter-long container ship, ran aground and blocked the waterway.

The nautical traffic jam in the Suez Canal, caused by container ship Ever Given, has resulted in delays for a large number of cargo vessels, including one carrying a sizeable shipment of sex toys bound for the Netherlands.

© REUTERS / BLACKSKY
Video: Moment of Ever Given Cargo Ship Crashing Into Bank of Suez Canal Captured on Satellite Feed

Magerman also remarked how "annoying" it is that "such a hitch will continue for a long time before the rhythm in the transport chain is restored".

Ever Given, which is 400 meters long, blocked the Suez Canal after running aground on Tuesday 23 March, stopping over 320 ships in their tracks at each end of the route.