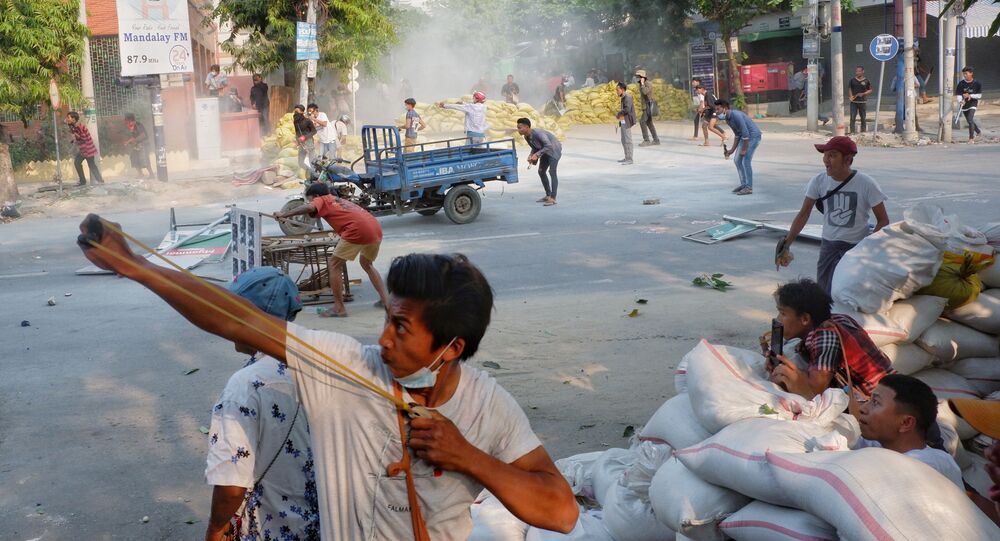 US Condemns Crackdown on Myanmar Protesters

MOSCOW (Sputnik) - The United States has condemned the Myanmar security forces’ response to the Saturday anti-government protests that left dozens of people dead, US Secretary of State Antony Blinken said.

"We are horrified by the bloodshed perpetrated by Burmese security forces, showing that the junta will sacrifice the lives of the people to serve the few. I send my deepest condolences to the victims’ families. The courageous people of Burma reject the military’s reign of terror," Blinken tweeted on Saturday.

Earlier, the UN mission in Myanmar condemned the Saturday crackdown on protesters, saying it was "the bloodiest day since the coup."

According to local media reports, over 50 people were killed during Saturday protests against the military junta in Myanmar. Fatalities were reported in the cities of Yangon, Bago, Mandalay and surrounding regions.

On the eve of the deadly protests, the military-controlled MRTV channel warned that participants in acts of violence and unrest "could be accidentally shot in the head or back." Unlike other media outlets covering the coup, the state-run channel has claimed that armed people were among demonstrators said to be shooting at soldiers and police, and these purported armed protesters had caused the soldiers of the junta to shoot and kill the ralliers.

On February 1, Myanmar's military seized power in the country, announcing a one-year state of emergency and vowing to take action against what they claimed to have been voter fraud during the November 8 2020 general election. The military said it was committed to a democratic system and vowed to hold elections after it ends the state of emergency.

Protests have been held across Myanmar since the military coup. According to the Thailand-based Assistance Association for Political Prisoners of Myanmar, over 300 people have been killed during the protests since the start of February.

The US and the UK have imposed sanctions against multiple individuals and entities affiliated with Myanmar’s military, as well as some of Myanmar’s conglomerates. The latest round of sanctions was introduced on Thursday.