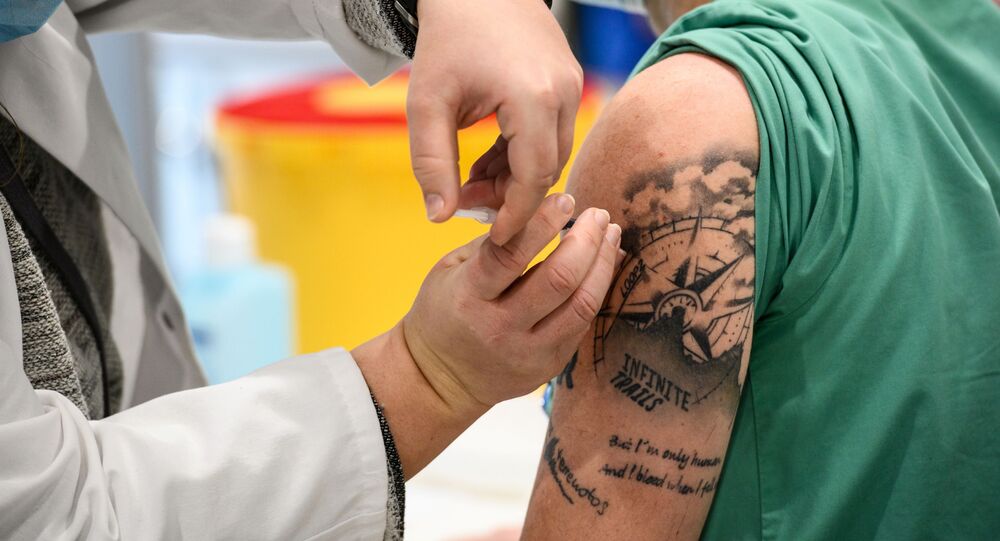 MOSCOW (Sputnik) - The European Union is sending the wrong signal by not stopping COVID-19 vaccine exports as it has internal problems with vaccination, the minister president of Germany's state of Bavaria, Markus Söder, told Passauer Neue Presse (PNP) in an interview published Saturday.

"Unfortunately, the EU is sending the wrong signal," the minister president told PNP, when asked about the bloc's decision to toughen export controls rather than ban exports.

Söder remarked that it was hard to explain the fact that the EU was facing "real problems" with the vaccination progress while remaining extremely export-oriented. To solve this problem, it would be more "honest and better" to stop exports completely, Söder argued.

"Controls are just a first step, it won't be enough," the head of Bavaria said.

Regarding Austria's Chancellor Sebastian Kurz securing more vaccines for his country than previously ordered, Söder stressed that "we all need more vaccines." According to Söder, eastern Bavaria also managed to get more vaccine doses, however, getting them was an "uphill battle".

"We not only had to convince the EU Commission and the federal government, but we also had to defend ourselves against some federal states. It was hard work, but it was worth it," Söder explained.

The minister president reiterated his call for Russia's Sputnik V vaccine to be approved "as soon as possible."

The EU Medicines Agency started a rolling procedure on the Sputnik V vaccine on 4 March. Some EU countries, such as Hungary and Slovakia, approved the Russian vaccine on a national level.