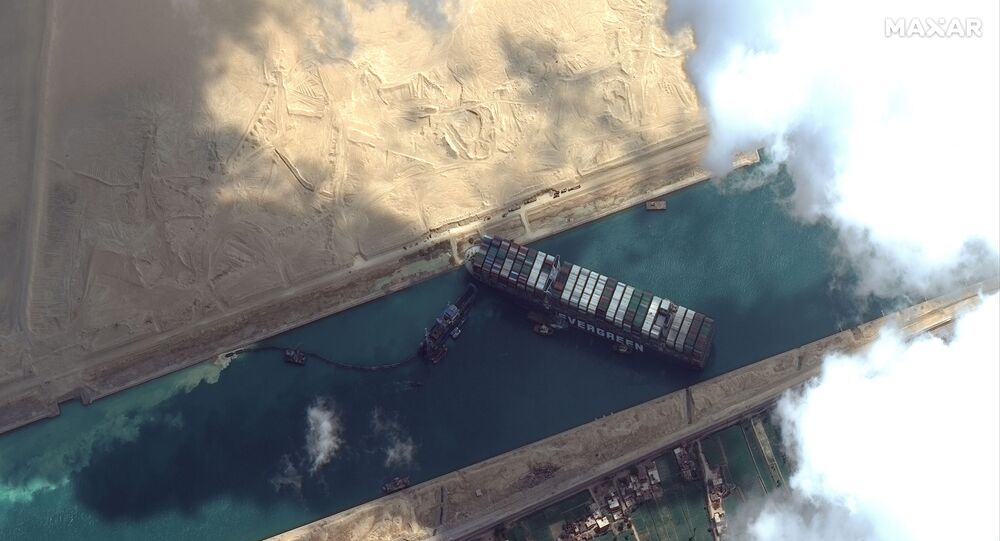 'We Can Do This With Mind Power': Uri Geller Explains How Ship Blocking Suez Canal Can Be Set Free

The Japanese container vessel Ever Given has been blocking the Suez Canal since 23 March, leading to billion-dollar losses for global trade, according to estimates. However, a famous TV magician believes he knows the answer – and we can all take part.

Uri Geller, a legendary spoon-bender from Israel, is urging the world to use mind power to dislodge the 200,000-tonne Ever Given vessel that is causing a traffic nightmare in the Suez Canal after it lost the ability to steer on Tuesday amid strong winds.

I'm Uri Geller, and I can bend spoons using my mind. Do you believe? The @CIA does! To see more, go to my site at https://t.co/GM0wlS8UWz pic.twitter.com/1SG30vkU19

Geller, a self-proclaimed psychic, says he can “bend” the ship and set it free – albeit with the help of people across the planet, who are urged to visualise the vessel’s movement at exactly 11.11 am and 11.11 pm on Saturday, he told the Daily Star.

“We can do this with mind power energy. It is possible to move the ship. Let’s go for this,” the 74-year-old illusionist told readers via a video message.

Have you seen that Uri Geller is getting in on the act now...?

And don’t forget to help #UriGeller move it at exactly 11.11 this morning. Hope he doesn’t bend it too much #Suezship https://t.co/rditzH0c41

He didn’t specify the time zone for the mind-blowing experiment to take place, but the set hours have already passed in Israel where Geller now resides – and the Ever Given hasn't budged from its spot despite a widespread campaign to get it out with the help of cranes.

But there is still a chance, later this evening.

“Billions of dollars are lost every day from other ships trying to cross, we are going to believe in ourselves, we will try this,” the televised magician said. “I believe in your powers. We are going to try to move it with our minds.”

How it started - how its gonna go pic.twitter.com/3EHX65fJBb

The Suez Canal blockage is believed to be causing $400 million per hour in losses for global trade as it prevents dozens of other ships from entering the route with their precious cargo; instead they must take a 15-day detour around Africa. But the ship’s Japanese owner company Shoei Kisen KK believes the vessel can be refloated as early as Saturday – despite some pessimistic outlooks from analysts. Geller’s “powers” probably won’t hurt with the operation.