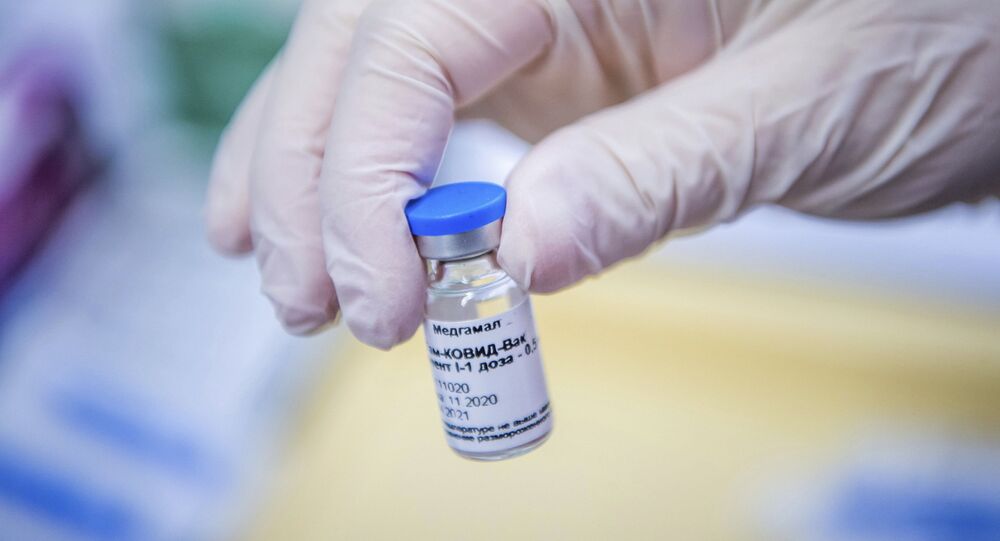 MOSCOW (Sputnik) - The Russian Direct Investment Fund (RDIF) on Thursday announced that it had reached an agreement with Serbia's Torlak Institute to produce Russia's Sputnik V vaccine against the coronavirus in the country, with production expected to start by May 2021.

"[The] RDIF ... and Institute of Virology, Vaccines and Sera 'Torlak' announce the agreement to produce Sputnik V, the world's first registered vaccine against coronavirus, in Serbia. Serbia will become the first country in southern Europe to produce Sputnik V. The vaccine could be exported to other countries in the region at a later stage. Production of Sputnik V is due to start by May 2021 at facilities of the Torlak Institute", the RDIF said in a press release.

RDIF CEO Kirill Dmitriev thanked the Serbian government for its "constant support" and trust in the vaccine, recalling that Serbia was among the first countries to approve Sputnik V.

"We are grateful to the President of Russia, Mr Vladimir Putin, the Government of the Russian Federation, and the Russian Direct Investment Fund for their support in preserving the health and lives of people in the Republic of Serbia. The production of the Sputnik V vaccine at the Torlak Institute will strengthen the capacities of our country to fight against the coronavirus pandemic and open new perspectives for the distribution of this vaccine in the region of southern Europe", Serbian Minister of Innovations and Technological Development Nenad Popovic said, as quoted in the press release.

In the meantime, Sputnik V has been approved in 55 countries, becoming the world's second vaccine in terms of being certified. According to research, it has an efficacy of 91.6 percent, and is effective against mutated coronavirus strains.