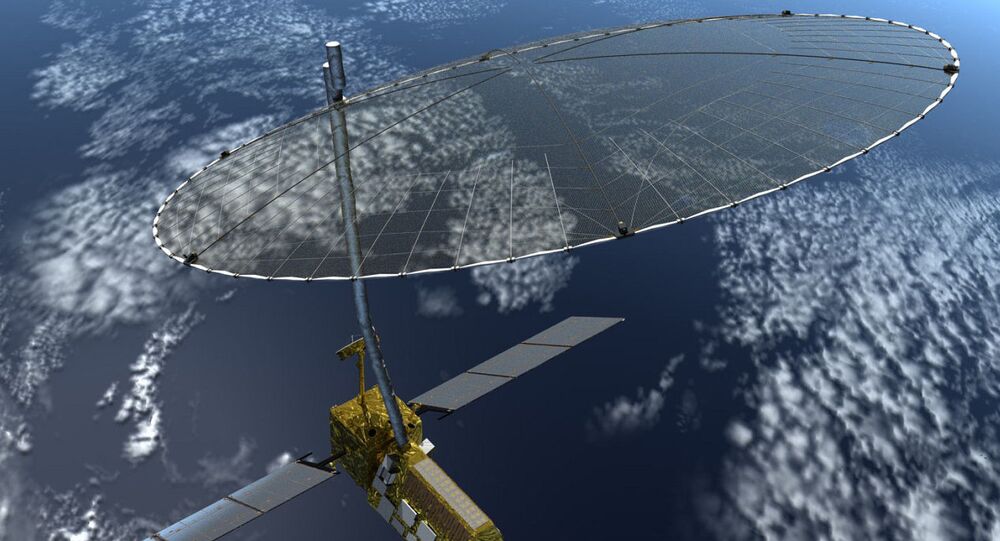 The Indian Space Research Organisation (ISRO) and the National Aeronautics and Space Administration (NASA) will jointly put a satellite, estimated to cost over $1.5 billion, into orbit in 2022 using the Geosynchronous Satellite Launch Vehicle, a rocket for which the US slapped sanctions on India in 1992.

With the arrival of a key piece of equipment – the S-band synthetic aperture radar (SAR) – from its partner in India, NASA has started giving final shape to an SUV-sized Earth satellite that will be equipped with the largest reflector antenna ever launched by the American space agency.

Weighing 2,200 kg, the NASA-ISRO Synthetic Aperture Radar (abbreviated as NISAR) is considered the world's most expensive Earth imaging satellite, and it is taking shape at NASA's Jet Propulsion Laboratory in southern California.

NISAR will use two kinds of synthetic aperture radar (SAR) to create time-lapse imagery of shifts in Earth’s surface caused by things like magma migrating before a volcanic eruption.
Learn more: https://t.co/IP1WTvHYmJ pic.twitter.com/N5rcG1TfCW

​NISAR, expected to be launched in 2022, will track subtle changes in the Earth's surface such as warning signs of imminent volcanic eruptions, the melt rate of ice sheets tied to sea level rise, and observe shifts in the distribution of vegetation around the world.

"Monitoring these kinds of changes in the planet's surface over nearly the entire globe hasn't been done before with the high resolution in space and time that NISAR will deliver", a statement issued by NASA read.

The satellite will use a nearly 40-foot (12-metre) wire mesh radar reflector antenna at the end of a 30-foot (9-metre) boom to send and receive radar signals to and from Earth's surface.

NISAR will scan the entire globe every 12 days and it can detect movements of the planet's surface as small as 0.4 inches over areas about the size of half a tennis court. NASA said NISAR will be the first satellite mission to use two different radar frequencies (L-band and S-band) to measure changes in the planet's surface less than a centimetre across.

The high resolution radars can see through objects like clouds and they can penetrate further into dense vegetation. This ability will enable the mission to track changes in Earth's surface day or night, rain or shine.

The US and India signed a formal agreement for NISAR during Prime Minister Narendra Modi's visit to the US in 2014 when the latter met then-US President Barack Obama.

The collaboration is ironic especially since the US under President George H.W. Bush imposed sanctions on ISRO in 1992 and even prevented Russia from sharing cryogenic engine technology with New Delhi fearing that the country could use it to build long-range missiles.