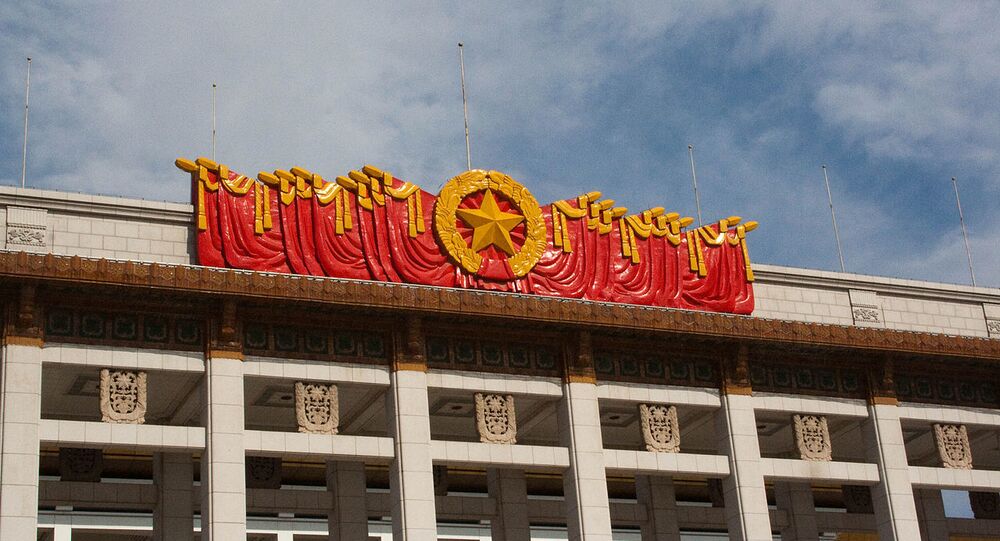 Last week, Antony Blinken urged China to shy away from what the US secretary of state described as Beijing's "coercion and aggression" in the Indo-Pacific region.

On Wednesday, Secretary of State Antony Blinken is due to relaunch a US-EU dialogue on how to tackle China's increasing assertiveness, the Financial Times (FT) has cited unnamed sources as saying.

The dialogue, which came to a standstill under the Trump administration, is expected to focus on a host of issues, including those related to human rights, security, and artificial intelligence.

One source argued that the Biden administration was not going to adhere to a sort of "my way or the highway" approach that could complicate Brussels-Washington cooperation.

Another insider pointed to a recent sparring between US Secretary of State Antony Blinken and Yang Jiechi, China's top foreign policy official, which the source said did not mean Washington would not develop ties with Beijing.

"The theatrics around the opening remarks did not reflect the civil, candid, and substantive discussions that followed. We're clear with other nations that they shouldn't feel the need to choose between the US and China and that we will work with China when we assess it's in the interests of the American people", they asserted.

The source was referring to Blinken's stern remarks during the first high-level talks between the Biden administration and senior Chinese officials that took place in Alaska last week.

The secretary of state said at the time that the US would "discuss our deep concerns with actions by China, including in Xinjiang, Hong Kong, Taiwan, cyber attacks on the United States, economic coercion of our allies". Blinken added that all this threatens "the rules-based order that maintains global stability".

In this context, FT quoted Maaike Okano-Heijmans, an EU-Asia expert at the Hague-based think tank Clingendael Institute, as saying that European governments were concerned over cooperation with Washington given America's bipartisan, hawkish consensus towards China.

"The Biden approach is different because it's about multilateralism. That's positive. But Alaska struck home that the tone may be harsher than some expected. I wonder if that will make Europeans a little more worried", Okano-Heijmans said.

She was echoed by Noah Barkin of the independent research provider Rhodium Group, who told FT that Biden may make Europe "get on board with its tough stance" on China.

"This will mean some very tough choices for Brussels, Berlin, and Paris. The past week has shown that walking the tightrope between Washington and Beijing is about to get much harder", Barkin asserted.

The Alaska talks between Beijing and Washington followed Blinken issuing a warning to China, calling on it to shy away from its alleged aggressive stance regarding the Indo-Pacific region.

While holding their first phone call in February, US President Joe Biden and his Chinese counterpart Xi Jinping spoke about a range of topics, including "the shared challenges of global health security, climate change, and preventing weapons proliferation", according to a White House release on their talks.

POTUS, in turn, referred to China as America's "most serious competitor", but also expressed a desire to "work with Beijing when it's in America's interest to do so".

© REUTERS / Francois Lenoir
EU to Sanction China for First Time in 30 Years Over Uyghur Human Rights Allegations, Report Says
Washington-Beijing tensions escalated under the Trump administration as the two sides were embroiled in a trade spat, slapping duties on each other's goods.

Washington additionally accused Beijing of an espionage campaign, targeting Chinese tech giants, including Huawei, which came amid US allegations that Beijing tried to conceal the COVID-19 pandemic, something that China rejects.