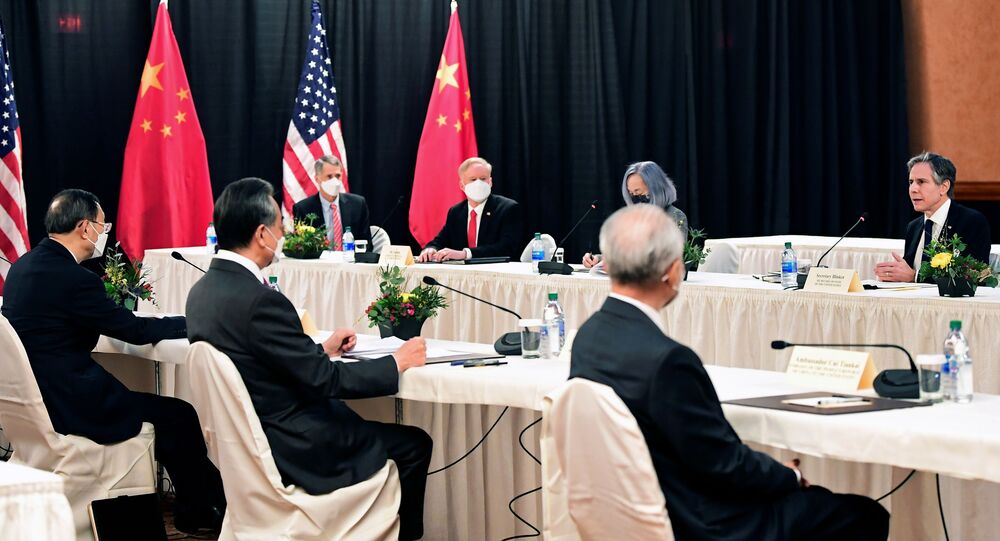 The comments follow tense exchanges between Washington and Beijing, with both countries launching accusations of violating diplomatic protocols, according to reports.

China has said talks with the United States were "useful" and welcomed further negotiations with Washington after talks in Alaska last week, Bloomberg reported on Monday.

“It was a timely and useful dialogue that enhanced mutual understanding. Both hope to continue this kind of high level strategic communication,” Chinese foreign ministry spokeswoman Hua Chunying told reporters in Beijing.

But the days-long negotiations saw several spikes in tensions, with US secretary of state Antony Blinken accusing China of numerous human rights abuses, the report said.

Chinese official Yang Jiechi responded, stating the US had a flawed democracy and was not "qualified to speak to China from a position of strength".

​A further Chinese foreign ministry spokesperson said on Friday Beijing was "prepared to conduct the dialogue with sincerity in line with prior arrangements" from both sides.

"But the US side made unreasonable attacks and accusations of China's domestic and foreign policies, and provoked quarrels," the spokesperson added.

Washington "should not underestimate China's determination" to defend its national interests, namely in territorial disputes over the South China Sea and others, Hua added.

But both sides agreed on building a working group on climate change and to cooperate on visas, trade, cybersecurity and many other subjects.

The news comes amid fierce tensions between Beijing and Washington, namely after the latter accused China of alleged human rights abuses in the Xinjiang Uyghur Autonomous Region (XUAR), among others, leading to calls from numerous Western lawmakers to pass measures declaring the alleged abuses as genocide, sparking anger from Beijing.