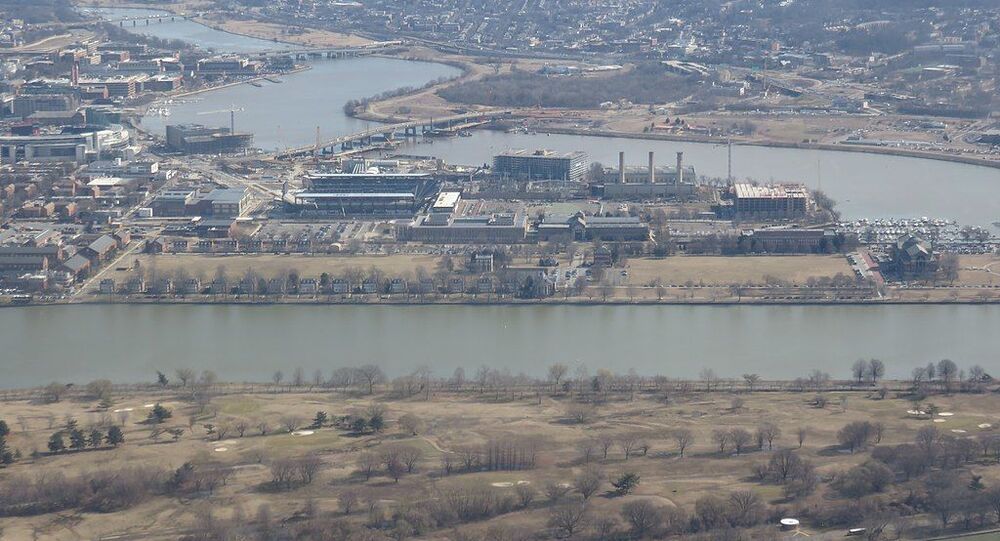 The alleged plans of Iran's elite military force reportedly led the US military to consider boosting security around the base, which is located on Greenleaf Point, in the southwest quadrant of the US capital. The idea of the attack was allegedly considered among other options to take revenge for the killing of ex-IRGC commander Qasem Soleimani.

The officials, who spoke on condition of anonymity, claimed that the US National Security Agency (NSA) intercepted communications in January, in which the IRGC allegedly discussed conducting “USS Cole-style attacks” against Fort McNair, in reference to the terrorist attack on the USS Cole in the Yemeni port city of Aden in 2000 that left 17 US sailors dead and dozens of people injured.

Four years later, a US court ruled that Al-Qaeda* caused the explosion with Sudan's assistance. The court ordered Khartoum to pay $35 million in the form of compensation, but the Sudanese Supreme Court rejected the request.

The intelligence also claimed that Gen. Martin, who resides at Fort McNair, could be the target of the IRGC, and that the Iranian elite military force allegedly planned infiltration and surveillance of the fort.

According to the intelligence officials cited by the AP, the alleged discussions within the IRGC were a reason behind the Army's efforts to enhance security around Fort McNair, namely, the plans of creating a buffer zone of about 250 feet to 500 feet (75 meters to 150 meters) from the Washington Channel.

DC officials have so far rejected the idea of the buffer as federal government encroachment on public waterways.

The allegedly intercepted communications were among members of the elite Quds Force of the IRGC and focused on potential options to retaliate for the assassination of Iran's top military commander, Gen. Qassem Soleimani, who was killed in the US targeted drone attack at the International Airport in Baghdad on January 3, 2020.

The strike was specifically ordered by former American President Donald Trump. Washington claimed that the former IRGC commander was involved in an attack on the US Embassy in Baghdad in late December of 2020.

Several days later, Iran fired missiles targeting the US Ain Al Asad air base and the US-led coalition headquarters in Erbil, all in Iraq, as a revenge for the Soleimani's assassination. No soldiers were killed in the strikes, but dozens suffered traumatic brain injuries (TBI), according to the Pentagon. The intelligence cited in the AP report claimed that the Iranian military was allegedly unsatisfied with the retaliatory strikes.

Soleimani was a highly respected official in Iran, praised for combating terrorists in the region and considered an architect of the country's modern security infrastructure. He also supported the Palestinian factions fighting against Israel.