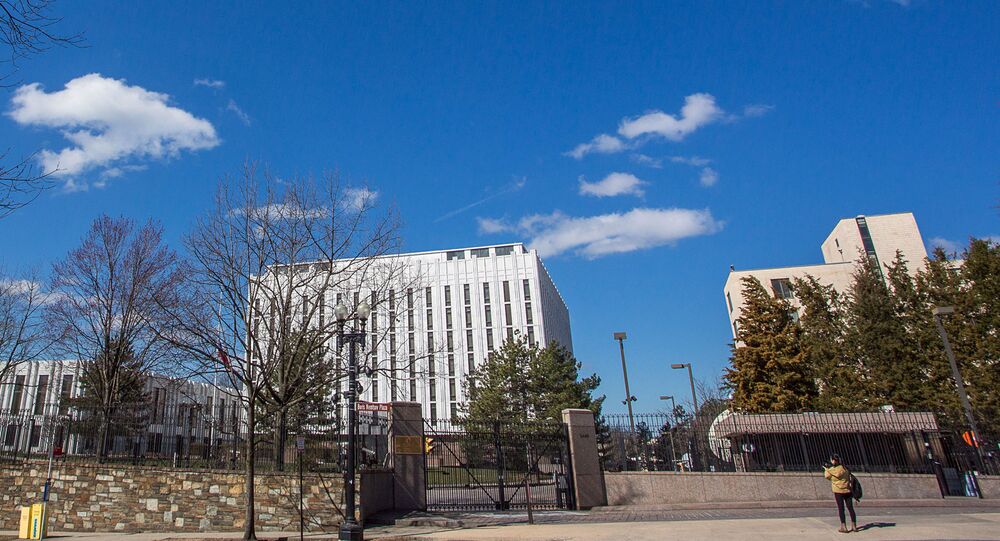 WASHINGTON (Sputnik) – The Russian Embassy in the United States has received many letters from the US citizens who apologized for President Joe Biden's recent remarks, Russian Ambassador Anatoly Antonov said.

Earlier this week, in his interview with ABC News, Biden said Putin would have to "pay a price" for alleged interference in the 2020 US presidential election. The US leader was also asked if he considers the Russian president a "killer" and he agreed.

On Thursday, Putin invited the US president to hold live talks on Friday or upcoming Monday, but the White House responded by saying that the presidents had already talked in past. Commenting on Biden's remarks, the Russian president said "it takes one to know one" and wished his American counterpart "good health".

“I would like to express my deepest gratitude to the citizens of the United States who have sent to the Embassy letters in support of the development of friendly relations between Russia and the United States. Many people expressed their disagreement and apologised for the ill-considered statements about the Russian Federation made recently from Washington,” Antonov said in a statement, as quoted by the Embassy's Facebook page.

“I am deeply touched by the caring and active position of ordinary Americans who understand that dialogue between our countries should be based on mutual respect and equality. This approach of US citizens indicates that a potential for normalising ties between the peoples of Russia and the United States is still there. I hope that the Administration will heed the voices of the voters and discontinue its course aimed at further devastation of the already excessively confrontational relations,” the diplomat added.

Moscow recalled Ambassador Antonov for consultations following Biden's remarks in order to analyse what needs to be done in the context of relations with the United States. Kremlin spokesman Dmitry Peskov said Biden's comments were "very bad statements" and noted that Russia assumes the US president certainly does not seek to mend ties.

The only other such instance of Russia recalling its ambassador to the US occurred in 1998, in response to the US-UK air strikes on Iraq. The United States also recalled its ambassadors to Moscow in 1934 and in 1980.

US media reported that the US administration may soon roll out new Russia sanctions over the alleged election interference. This comes amid other sanctions imposed recently by the Biden administration over the alleged poisoning of video blogger Alexey Navalny. Other accusations have also been put forward by the United States, including a massive cyberattack on SolarWinds and bounties on US troops in Afghanistan.